The next version of the long-running RPG Maker property, RPG Maker Unite, is exciting for many (many) reasons. One of the big ones is that while it will maintain the series’ vision of allowing people to make JRPGs without coding, it will be built on Unity, meaning that aspiring game developers can use this as a stepping stone toward mastering one of the most wide-spread game development engines. But a new feature that the developers have recently outlined might be even better than that, since it might just save people from starting a project, getting halfway through, and then giving up. It sounds boring, but project management features in software like this is genuinely exciting stuff.

In RPG Maker Unite, the tool is called Outline Editor. This is a project visualisation tool that allows users to turn their project into a series of easy-to-understand nodes, which will allow for better project management. 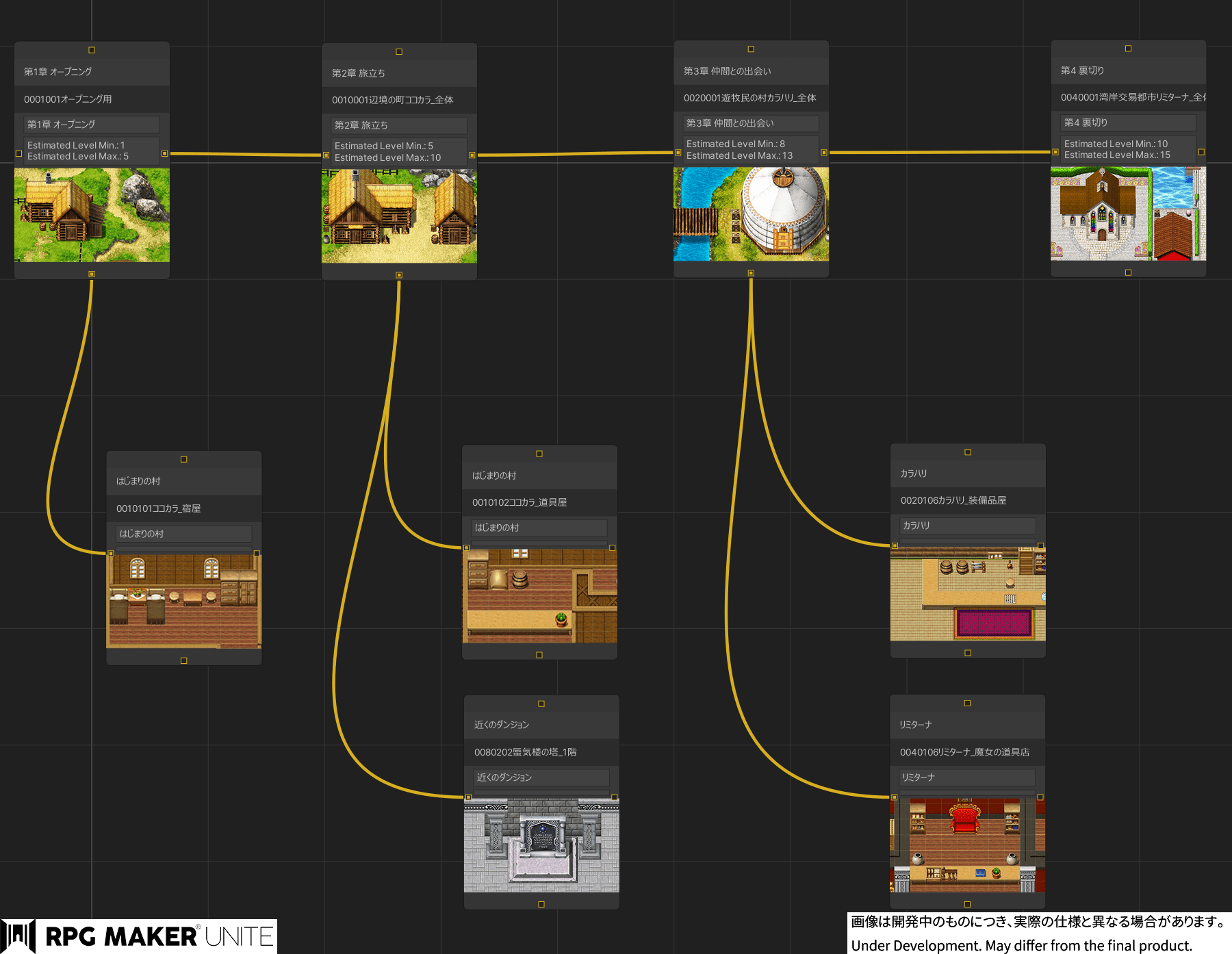 As the developer explains: “In game development, it is very common to use some sort of spreadsheet software in order to track progress—but using an outside software is always a tedious process due to needing to switch back and forth between multiple software. But with RPG Maker Unite‘s Outline Editor, now you can keep track of most things within one software, as well as writing down notes on particular sections to list up to-do items!”

For particularly large projects, this tool will allow developers to see, at a glance, where work needs to be completed, and what maps and assets are assigned to what part of the project. This will be particularly beneficial for teams of people that are working together on an RPG Maker Unite project, especially with each node having “memo” and “to-do list” functions. Rather than try and built task lists on third party software (spreadsheets, Basecamp, Asana, Monday, Slack… you know the “productivity tools”), RPG Maker Unite is being built to handle all that in-app.

This is going to be especially useful for teams who are not working physically together. Because RPG Maker remains an enthusiast/amateur product, a lot of projects are done by people who meet each other in groups online and decide to work on something… only to discover that project management is an absolute nightmare when time zones and distance is concerned. This is all going to be an easy solution to those headaches.

River City Saga Three Kingdoms is a thing I never knew I wanted, but I do