Once upon a time, before BioWare announced itself to the world with Baldur’s Gate, and long before Atari got the rights to Dungeons & Dragons and then all but buried the iconic property (in terms of video games, at least), there was a company called SSI. SSI was perhaps better known for its military strategy games, but it also delivered some of the all-time classic Dungeons & Dragons titles.

Now, most of those games are available on Steam. These were previously available on GOG, but for anyone that does prefer the convenience of the Steam platform, having them on there is a good deal indeed.

For the most part, these games have been released as collections (with individual releases to come later down the track). You may as well pick up the collections though, as they’re cheap collections and thematically linked, and so if you like one, you’re going to like the rest in the “box”.

For my part, I would highly recommend the following: Firstly, Wake of the Ravager, from the Dark Sun collection, remains one of my all-time favourite RPGs. It’s set in a brutal world of dragon tyrants and planet-destroying wizards (so, it’s a solid metaphor for politics in 2022), and features some incredibly open-ended questing, with very real consequences to your actions and/or inactions. It some ways it even puts Baldur’s Gate itself to shame in this area. 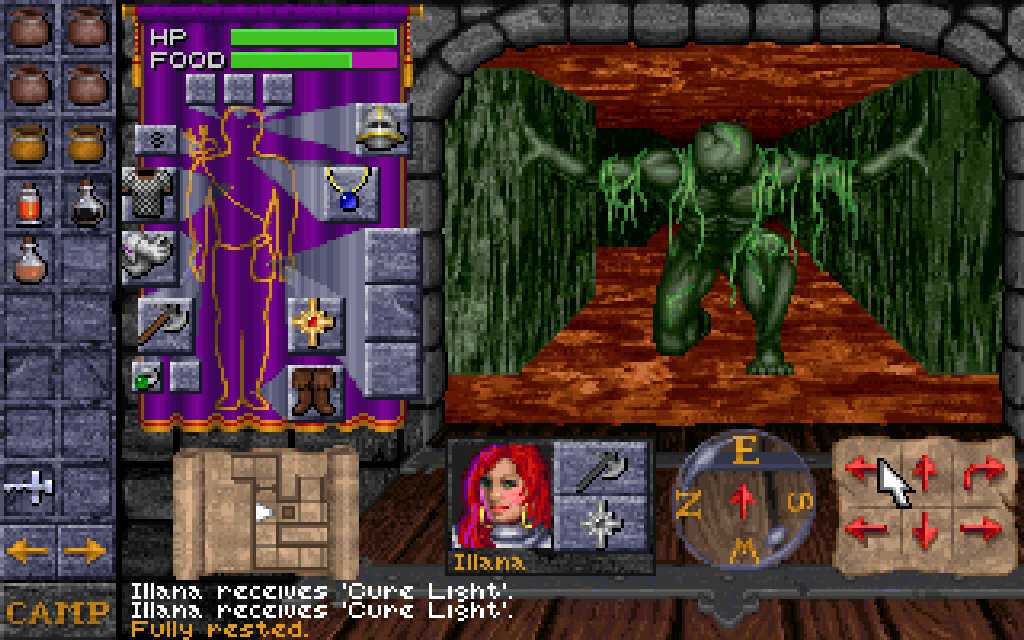 Secondly, Al-Qadim: The Genie’s Curse. This game is only vaguely an RPG. It’s much closer to a Zelda-like adventure game, but it’s set in a 1001 Arabian Nights-style world of genies and deserts and harems, and does a good job of capturing the aesthetics and high magic quality of that unique and spectacular setting. It is hugely playable too, even for people that aren’t big on the min-maxing of RPGs.

Finally, to round out my little top-3, Strahd’s Possession from the Ravenloft collection. This action RPG/dungeon crawler with a gothic horror theme pits you against one of the most iconic monsters in Dungeons & Dragons history, and is genuinely creepy in tone and atmosphere to this day. If you like your vampires and haunted castle stores, then this one’s for you.

Most of the games hold up really well to this day, as they were always more about selling the fantasy than being technical stand-outs, and that’s why I recommend you just bite the bullet and buy the lot. Aside from Al-Qadim and D&D Stronghold, you can buy the whole lot in one big bundle for less than $50, with a big overall saving attached. That’s all the retro RPG questing you’ll need all year. It’s a little disappointing that these Steam releases don’t have achievements or whatever else, but, again, the convenience of having them on Steam is in itself a plus. Especially once you’ve got the Steam Deck. I hope these are compatible with it, because Al-Qadim (especially) on the go will be a real delight.

Sony’s decision to lock classic games behind subscriptions is lousy

Podcast-in-Video: What makes a game canon?