It really is a busy period of the year for JRPGs. We’ve got Atelier, Pokémon, Monark, Triangle Strategy, Edge of Eternity, and more, all coming out in a short span from one another. I worry that it means that people will overlook Rune Factory 5, because, from the couple of hours I’ve played so far, this one might be the most humble of them all, but it’s also the most delightful.

In Rune Factory 5 you play as an amnesiac (no one’s going to accuse this JRPG of being original in its narrative ambitions) who finds themselves in a sleepy little village way out in rural somewhere. From there they make friends with a wide range of different, and eclectic, characters, venture out into the monster-infested world to find resources and undertake quests, and indulge in a bit of farming in their downtime. This is all familiar stuff to Rune Factory, but then Rune Factory isn’t one of those series that necessarily demands innovation. There aren’t really any other properties out there that do what this series is doing, so it can settle into its own groove, and since it has been a full ten years since the last new Rune Factory (and we nearly didn’t get it at all since the original developer went bankrupt), having something that reminds us of what we love about Rune Factory, bundled up into a modern package, is welcome in its own way anyway.

With that being said, people who thought Pokémon Arceus was let down by its visual engine are going to have a meltdown over Rune Factory 5. For something that is humble in scope and technically simple, the popup and low levels of texturing that are a feature of this game’s technical design are going to come across as tacky. The art direction is exceptional (particularly the character portraits), and the enemy monster designs during the RPG questing are a delight. I absolutely loved the first boss fight against a nine-tailed fox in particular, but the overall technical execution is going to be the thing that results in Rune Factory 5 struggling in comparison to the deluge of other JRPGs that are landing over the next couple of months.


People who actually play Rune Factory 5 won’t care though, because every other quality about this game cuts through whatever mild disappointment you might feel from first looking at it. There is a warm, pastoral quality behind Rune Factory 5, much like every game in both its series, as well as Harvest Moon/Story of Seasons, and that warmth is comfort food gaming at its finest.

There’s actually something very cultural about these games. For those who aren’t aware, Japan has a rapidly aging and shrinking nation, and particularly for the youth, all the jobs are in the major cities. So, while Tokyo, Osaka, Sapporo, Nagoya, Sendai and other such cities have flat or even growing populations, the decline in small towns and farming villages has been dramatic. You can buy big houses in these areas for virtually nothing as they’re desperate to get people into them. And with that comes something of a counter-cultural movement, with a tiny few people looking for a simpler, quieter life choosing to give up a lot (work opportunities, money, lifestyle conveniences) to and live in and enjoy the peace of these fading towns. These kinds of stories are frequent in the Japanese mainstream media, and the likes of Rune Factory act as something of an analogy for this story and desire. It very much feeds into the counter-cultural idea that you don’t need to live in a big city in Japan to enjoy a good life.

Almost everyone you meet in Rune Factory 5 is a warm, friendly soul, and those that aren’t still have an aura of such goodness about them that you know they’re going to grow to become a good friend. This isn’t a town that is particularly concerned with the hustle for money, and amusingly, even when a shop sign says it’ll be open at 10:00am in the morning, you’ll be waiting until 10:30 or 11:00 for the shop owner to bother waking up. Small town life indeed. They’re also a laid back bunch and you find yourself making decisions for the entire town within days of moving in, ongoing amnesia and all, because the mayor just can’t be bothered doing it themselves. 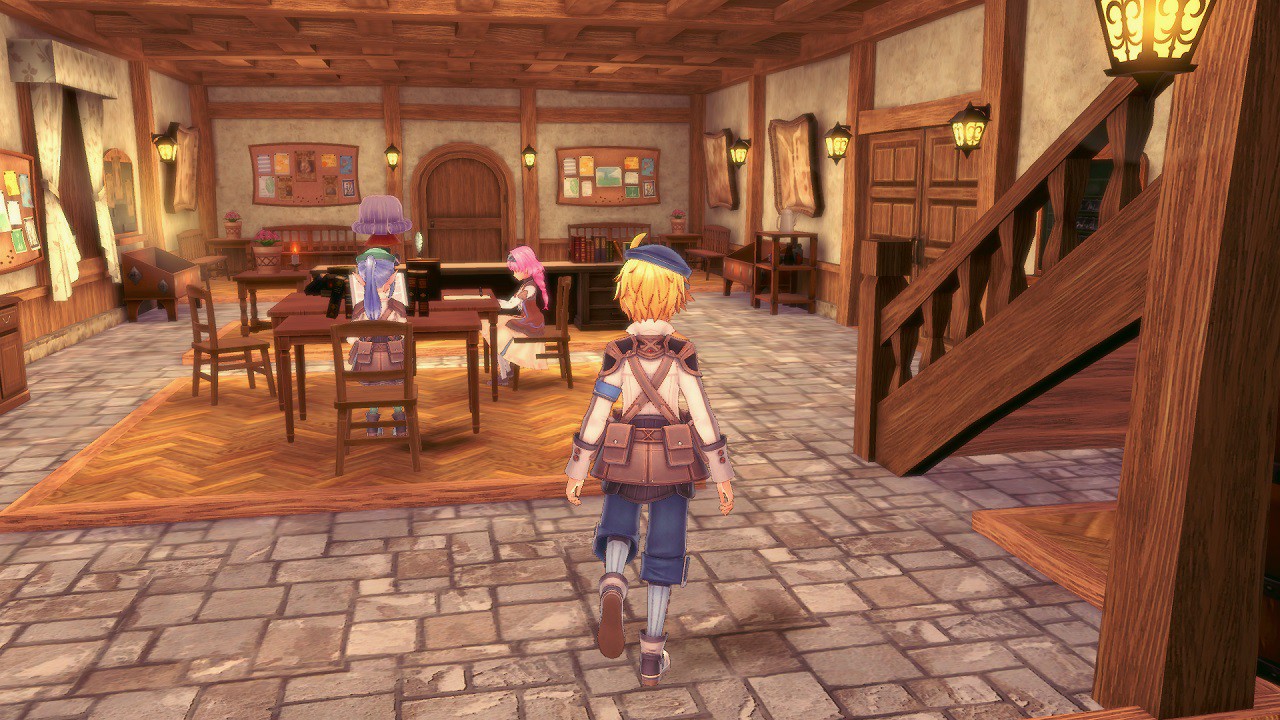 There’s also a great sense of humour that runs through the whole thing. Not laugh-out-loud funny, perhaps, but like the rest of the game, it’s warm. Wry little jokes about learning languages in the span of three sentences, or a boy enthusiastically getting beaten up by a girl. Those kinds of slice-of-life jokes in the moment. Accross the cast of main characters (who I assume will become the love interests), you’ll find a wide range of personalities, and they’re all fun to bounce off in their own way. I suspect that, like with every other Rune Factory and Story of Seasons game, actually committing to one chracter to marry them will be quite the challenging decision, but for now I’m enjoying getting to know them all.

There’s also such a great feedback loop built into Rune Factory 5. You can barely take five steps without skilling up in some way or another. In the stream that I played (above), I got skill up points for simply taking a bath. It might almost seem excessive to reward the player for doing literally nothing but watching a little cut-scene, but then you remember that most video game these days are punitive, and hold things back from players who don’t spend vast amounts of time (if not money) in them. Rune Factory is, instead, positive about these reward loops, and it comes across as both quaint (though in a good way) and generous.

I’ve only played two hours of Rune Factory 5, but I’m already hopeless enamoued in it. The goodnaturedness of it is infectious, and while I haven’t had the chance to experience the special events, the deeper dungeons, or even start farming anyhing more than turnips, I just know that, much like an Animal Crossing or Story of Seasons, this is a place I’m going to want to putter around and lose myself within for quite some time to come.