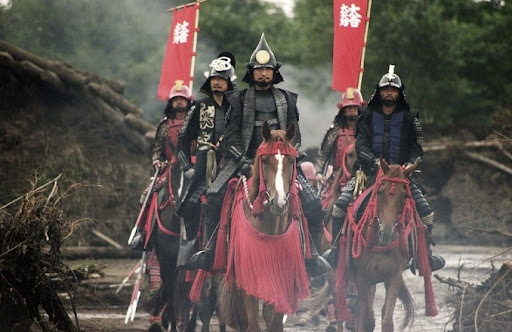 I often complain about how difficult it is to access Japanese cinema here in Australia. The Japanese Film Festival (JFF) is a noble effort to right that balance, and in 2022, they’re offering an online event that allows you to stream 17 films, completely free.

These films range from comedy and drama, through to a historical (Sengoku) period film, a thriller set in a hospital, and a couple of documentaries. The films will be available in 25 nations (including Australia, of course), and you can watch them from 14-27 February. All you need to do is register.

Here’s a list of the films, as well as a brief description of each:

Bread of Happiness | 2012 | Director: Yukiko Mishima
Heart-warming dramedy about a cafe in the middle of the great outdoors serving delicious bread and coffee to people with pain in their hearts.

Happy Flight | 2008 | Director: Shinobu Yaguchi
An ensemble aviation comedy delving into the response of on-the-ground staff, cabin attendants and pilots during an emergency flight from Tokyo to Honolulu.

Her Love Boils Bathwater (JFF 2017) | 2016 | Director: Ryо̄ta Nakano
Featuring Japanese Academy Award winning performances from Rie Miyazawa and Hana Sugisaki (Pieta in the Toilet, JFF 2015), the film delves into the powerful bond between a strong-willed and deeply-loving mother and her family.

It’s A Summer Film (JFF 2021) | 2020 | Director: Sо̄shi Masumoto
An innovative coming-of-age masterpiece about a high schooler who is obsessed with old samurai films and sets out to craft her own film project.

Ito | 2021 | Director: Satoko Yokohama
A touching drama about a shy country girl who chooses a part-time job at a “maid café”. Winner of the 2021 Osaka Asian Film Festival Grand Prix and Audience Award.

Masked Ward (JFF 2021) | 2020 | Director: Hisashi Kimura
A tense mystery set in the eerie confines of a hospital, where a chilling psychological battle unfolds and eventually leads into a chain of surprising twists.

Mio’s Cookbook (JFF 2021) | 2020 | Director: Haruki Kadokawa
An invigorating period drama exploring friendship and the art of cooking about a young chef who dreams of being reunited with her best friend.

Oz Land | 2018 | Director: Takafumi Hatano
An adventure-drama exploring the journey of a new employee assigned to an amusement park, and the fun-filled chronicles of her growing pains.

ReLIFE (JFF 2017) | 2017 | Director: Takeshi Furusawa
A peculiar love story about a 27-year-old who is granted the opportunity to re-live his high school years and explore new destinies.

The Chef of South Polar (JFF 2009) | 2009 | Director: Shuichi Okita
A classic Japanese comedy film that follows the bittersweet and charming daily lives of a group of men living in the Antarctic, where their only joy is to eat.

The Floating Castle (JFF 2012) | 2012 | Director: Shinji Higuchi and Isshin Inudо̄
Riveting historical spectacle about the samurai who stands up for their dignity during Japan’s civil war period.

Time of EVE the Movie (JFF 2010) | 2010 | Director: Yasuhiro Yoshiura
A moving exploration of the nature of emotions seen through the lens of interactions between humans and androids.

Until the Break of Dawn | 2012 | Director: Yūichirо̄ Hirakawa
Spiritual drama starring award-winning Japanese actor Tо̄ri Matsuzaka (The Blood of Wolves) in a tale about the inner conflicts of those who seek contact with the dead.

Sumodo ~ The Successors of Samurai ~ (JFF 2021) | 2020 | Director: Eiji Sakata
An eye-opening and rare behind-the-scenes exploration of the lives of famous sumo wrestlers.

The God of Ramen (JFF 2013) | 2013 | Director: Takashi Innami
A mouth-watering examination of the life of Kazuo Yamagishi, founder of a legendary ramen shop in Tokyo, who had an immense influence on the Japanese ramen industry.

You can click here for more information on the films, as well as information on how to register and stream. Japan has a vibrant film industry with a rich history that goes well beyond the anime and live-action anime adaptations that tend to dominate what gets released in the west. As you can see from the list above, this is a rare opportunity to see the kinds of films that the real film industry over there produces.