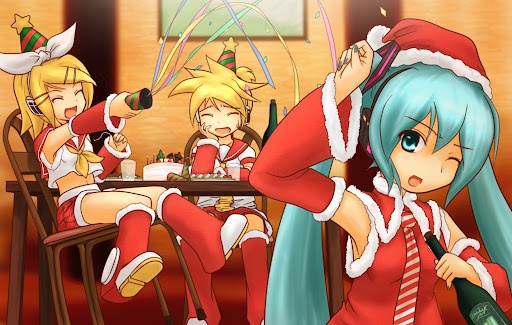 Day #17: Hatsune Miku Logic Paint S
(Read our review here)
When this game first landed on the Switch I naturally assumed that it was a cheap & cheerful port of the iPhone original. I would have been happy with that, since the iPhone original was good stuff in its own right. Instead, what we got was an expanded library of puzzles, additional features, and more Miku art than you could shake a stick at. We’re talking some 50-80 hours worth of content for nonogram fans, and every second of that is a delight.
The great thing about a good puzzle game is that it’s something that you can chip away at over longer periods of time. Need a break from the family Christmas party? Breeze through a puzzle. Need something easy to play because you’ve had a bit too much eggnog? Load up a puzzle (just expect to make some mistakes along the way because eggnog does that to a person). The rewards come with each completed puzzle, meaning that you can enjoy it in bursts, and it’s Miku, so it’s warm and happy to play.
Share this

DDNet Game of the Year Awards 2021! Best on Console