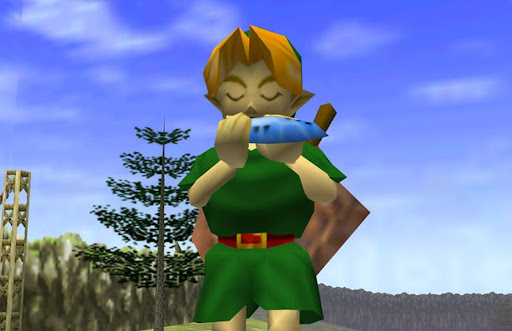 Ever since Nintendo announced the “Expansion Pack” for its online service on Nintendo Switch, I have seen an endless stream of red hot takes (to borrow a Twitter turn of phrase) about how poor value it is.
It’s a library of Nintendo 64 and Sega Genesis games, along with the existing SNES and NES libraries, for a grand sum of $Aus60/per year. That is, apparently, unacceptable.

It’s actually not unacceptable at all. Not unless you believe games are products for consumption rather than works of art. Since you’re on DigitallyDownloaded.net, either you’re about to yell at me, or you agree that games are a work of art. Either way, though, this is a hill I’m planting my flag on: complaints about the cost of this service do not come from people who genuinely value games as art works.

According to the Metacritic aggregates, the N64 Expansion Pack will contain six of the ten highest-rated Nintendo 64 games of all time on it (once the second wave hits, which are included in the subscription and therefore cost nothing extra). One of them – Ocarina of Time – has been the highest-rated game of all time aside from a brief spell where The House In Fata Morgana unseated it. Of the rest of the title’s we’re talking about the deeply endearing Yoshi’s Story, the massively influential (though commercial bomb) WinBack, the brilliant Mario Golf and Mario Kart 64. Yes, Mario Kart 64 isn’t in the top 10 N64 rankings. That game wasn’t loved on release, but it has aged like a very fine wine.

The point here is that Nintendo has curated a banging good lineup of some of the most lauded games of all time, and that’s before you even take into account some of the gold that is in the Genesis, SNES and NES libraries, all of which are covered by this subscription. It is, indisputably, a big collection of excellent games.

So why are people complaining?

Or perhaps they believe that because Ocarina of Time is no longer new and the developers no longer make money directly from its sale, it’s undeserving of having a financial value attached to it (and even if you do accept the “product” argument, there’s some wild misunderstanding about commerce in this particular perspective, but then most of the people that think these ways will never actually be responsible for running businesses).
Or perhaps these people have already pirated Ocarina of Time and, since they have the game for “free”, they believe the game should be free.

None of the people in these scenarios stop to think “hey, Ocarina of Time is a genuine masterpiece, held up as one of the most important and influential games of all time, and that’s worth something.” No. The cultural experience of playing a masterpiece doesn’t matter to them. These people almost certainly don’t visit art galleries, but what they’re doing is the equivalent of buying a ticket and then throwing a tantrum because, after a couple of hours wandering around and observing the paintings (bad cost to art content ratio, that), they don’t even get to take the Matisse home with them.

These are the same people that are happy to hand over $Aus20 per month to Netflix, because Netflix keeps throwing content at them (true story, $120/year is more than Nintendo’s price of $Aus60). Never mind that the content has nowhere near the same cultural resonance or artistic value of Ocarina of Time (and no, no one’s going to be talking about Squid Game in a year – it’s one of those blips that really doesn’t hold up on deeper passes). All that matters is that with Netflix there’s more product to consume, and it’s new and shiny rather than that thing they’ve already played before.

Heck, these are even people that will pay $Aus100 to go to a symphony perform the Ocarina of Time score, but baulk at paying half that for the actual game.

Look. I’m the first person to defend piracy for games that aren’t being preserved in any other way. I have over a dozen emulation consoles from China for stuff like Snow Bros. and Penguin-Kun Wars. I’m also deeply critical of subscription services, but that’s for new games because subscription services do exactly what Netflix does in devaluing art until all the consumer can see is content. We absolutely should be critical of companies in this late-stage capitalism, tech-driven dark ages that we’re forced to endure.

We also should be demanding better from the companies. These walled gardens that now cost like $500/month for access to them all are unacceptable. Companies that are in the business of producing and selling art should have a moral and ethical obligation to make their art as accessible as possible, and subscription services are taking that fundamental responsibility backwards, not forwards.

But Nintendo charging a pissing $5 per month for a massive library of its art is not that problem, folks. That’s what companies like Nintendo should be doing. And, rather than having to wade through an ocean of whiny rants about Nintendo “costing too much” from people who are just itching for excuses to pirate, we should pay the damn fee and get on with re-experiencing and talking the masterpieces that we have renewed access to.

In other words, we should be doing what I do when I go to an art gallery. I don’t whine about the ticket cost. I admire the f*@%^@ Degas on the wall.