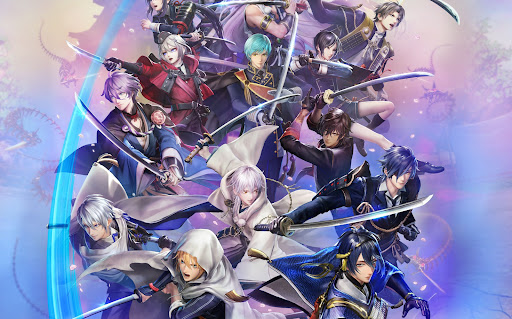 You may or may not have heard of Touken Ranbu, but to give you a brief summary: it is a massively popular property in Japan where famous swords throughout history take the form of ridiculously pretty boys. Seriously. I’ve seen entire documentaries about Japanese women that have become history nuts after getting into Touken Ranbu. And that’s a good thing, of course. This series is educating people. And now, out of nowhere, Koei Tecmo has announced that it is bringing the Omega Force and Ruby Party-developed Touken Ranbu Warriors to the west.

The game will be a Musou (Omega Force) Dynasty Warriors-like action game, with Ruby Party contributing their expertise in making boys really, really pretty. The involvement of the latter developer is actually interesting because, as far as I’m aware, this is the first Ruby Party project to get a western localisation. As a result, you may not be familiar with this series, but it’s basically Koei Tecmo’s visual novel production studio. Think Idea Factory’s Otomate just… Koei flavoured. I’ve been asking for Ruby Party games to be localised for the longest time, and who knows, this might be Koei’s way of testing the waters.

Anyhow, we’ll see more of this game at this year’s Tokyo Game Show, in the meantime, there’s an announcement trailer to highlight some of what to expect, and we do have a release date! It lands on May 24, 2022, for the Nintendo Switch. Big action + pretty boys + historical content + Koei Tecmo’s expertise in all the above? Yeah, I’m well and truly in for this.

On sexualisation in games: Are developers obliged to change