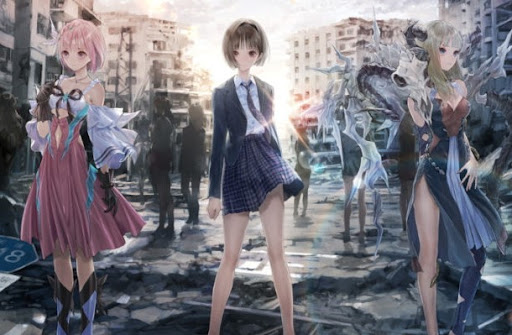 I never thought Blue Reflection would get a sequel. As utterly beautiful, wholesome, and heartfelt as it was, it didn’t exactly set sales charts on fire, and unfortunately, it got badly mischaracterised as a trashy fanservice game, when it was anything but that. Koei Tecmo has given the series a second chance with Blue Reflection: Second Light, and I hope it pays off, because my first impressions of this game are, if anything, even warmer than what I thought of the original.

My preview time with the game allowed me to play the prologue and first chapter, and that was enough to give me a sense of what the game’s about. In some ways, it’s more conventional than its predecessor. The combat system in this one closely resembles an ATB Final Fantasy-style combat system, rather than the pure turn-based nature of the original. Given that pure turn-based action comes across as quaint these days, that was probably a necessary modernisation without turning the game into an action thing. You also level up characters as you would in a normal JRPG now, whereas the first removed experience points completely, and while that was a creative risk that was appropriate to the game’s themes,  it didn’t go over so well with players. So that too was probably a good idea.

Most significantly, however, at least in the opening chapters, is that the game works hard to avoid giving people the ammunition to deride and dismiss it like they were able to with the original. When it rains, the shirts no longer go transparent. Bathing isn’t part of the everyday routine. Underwear flashes are kept to an absolute minimum. It’s not that Blue Reflection: Second Light lacks fan service (and with Mel Kishida behind the art, the girls are as ridiculously beautiful works of art as ever), but the restraints save this game from unnecessary distractions. It treads much the same themes, tones, and atmosphere as the original. It’s just that it’s now more refined and creatively coherent. 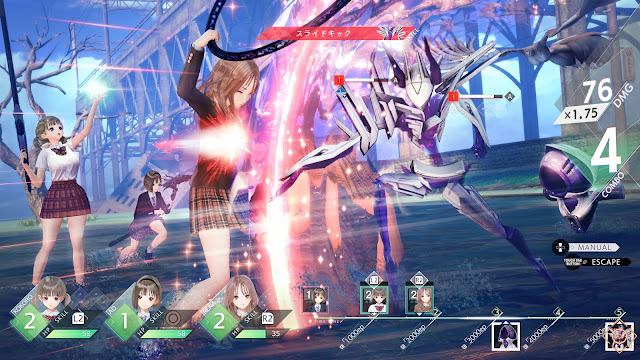 The thing that I love most about Blue Reflection 2 is the dynamics within the group of girls. In the preview time, I didn’t get to meet everyone (or even come close to meeting everyone), but the sense of camaraderie is real and palpable. At first, I chuckled at the game’s opening splash scene, which features the four main protagonists walking on some tracks in a way that is very much a “Stand By Me” moment. That kind of scene is an outright cliche at this point,  especially in Japan, where the Stand By Me moments are almost default for representing coming of age stories featuring a group of people. Within the first hour or so I understood why it was appropriate to these girls; they’re isolated in an otherworldly school, uncertain of how they got there, but determined to understand it all and find their way home. It’s not the most subtle metaphor for the coming of age experience, but it’s an effective one, especially when – like with Stand By Me – much of the growth of each character occurs through her dynamics with the group.

At this point I don’t need to play on to know that this game will be earnest, heartfelt and wholesome. New girls (including returning faces from the first) will join, the mysteries will slowly be unravelled, and the enemies will become progressively more dangerous. What I am quite sure won’t change is that core good-naturedness about it all. Gust don’t get enough credit for this. In a world where JRPGs are trying to grapple with ever more complex and challenging ideas, and western games are desperate to out-do one another for “adult themes” levels of bloodshed, Gust, though titles like those in Atelier games or Blue Reflection, dares to make games that are, simply, warm. There are no world-shattering events in Blue Reflection: Second Light. Just the goal of helping your friends regain their memories and, sometimes, going for a walk with someone, hand in hand.

More than anything else, though, the thing that stands out most about Blue Reflection: Second Light, is just how beautiful it is. I often said that the original Blue Reflection was the most beautiful game of all. Not because of the technical budget, since it was actually produced quite cheaply, but because the art direction was so vivid, rich and cohesive. Even the interface had an ethereal beauty that was quite unlike anything we’ve seen before or after. Second Light continues in that vein, but the developers have invested what minimal resources they have in the right places. Characters now exhibit a far broader range of expressions when interacting with one another, for example, which makes the connections between them feel all the warmer. Likewise, environments and enemies have an otherworldly and alien beauty about them. And I’d be lying if I said the swish of the skirt as the girls run around and swing their weapons wasn’t hypnotic. Like I wrote earlier, Second Reflection has refined the “fan service”. It certainly hasn’t done away with it. 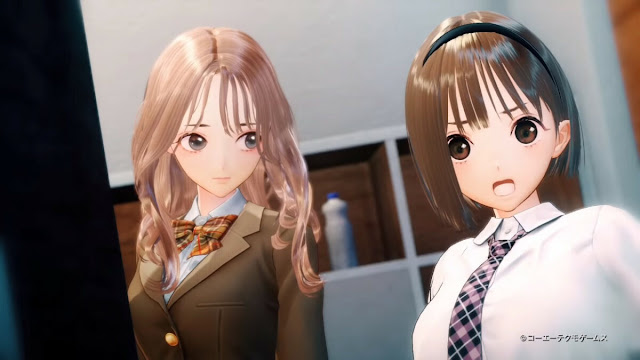 Anyhow. I loved Blue Reflection so much that, going into Second Light, I was genuinely apprehensive about whether the game could live up to that experience that I love so much. Things would need to go really, really wrong from here for Second Light to let me down. As much as 2021 has been a bumper year for the JRPG genre in general, Second Light is right up there with the best of the genre.

Blue Reflection: Second Light – it’s going to be my favourite game ever