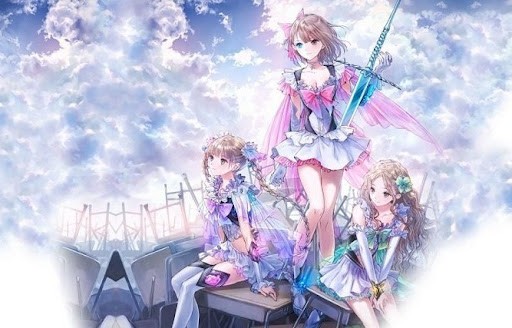 One of the most distinctive qualities of Koei Tecmo is that its games feature the prettiest people. Koei has a mastery over beauty that often draws ire, especially when its depiction borders on the pin-up, but that quality also places Koei somewhere in the same area as wandering around an art gallery of 18th and 19th-century painters and admiring their ability to capture beauty as something worthy in and of itself. So many of Koei’s games can simply be admired on that basis, before you even start to play them.

It’s a smart business by Koei too, since all this beautiful art becomes stuff that can be sold and Koei fans tend to have a lot of posters, clear files, figures, and other collectibles in the collections. So, with that in mind, I figured that this week we could look at some of Koei’s finest work in this area. We’re focusing on the women for this list, but Koei does also produce some beautiful men too. It’s just that many of them are locked into Ruby Party games, and those don’t get localised. Feel free to yell at Koei about that until they change their minds, and at that point, I’ll do a boys list as well. 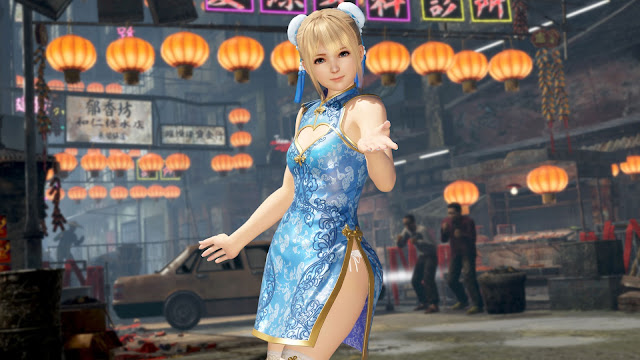 I think just about everyone that has ever read DigitallyDownloaded.net knew that Marie Rose would be on my list. Marie Rose comes close to Hatsune Miku herself as my favourite character of all, after all. Marie Rose is from Dead or Alive, and initially, she was thrown in as something of a joke character. The series has been criticised for so many years for having heaving, wobbling chests for each woman character. So the natural next step was to… go a very different direction, and so Marie Rose was “born”. I don’t think Koei Tecmo expected her to become the most popular Dead or Alive character, but she has done that. By a mile. And that’s not only because she’s coquettish and cute, but those times when Koei have given her some kind of narrative (Warriors All-Stars, for example), we’ve also seen glimpses of a fun and empowered personality. Bring on a Marie Rose JRPG made by Gust, I say.
Ryza 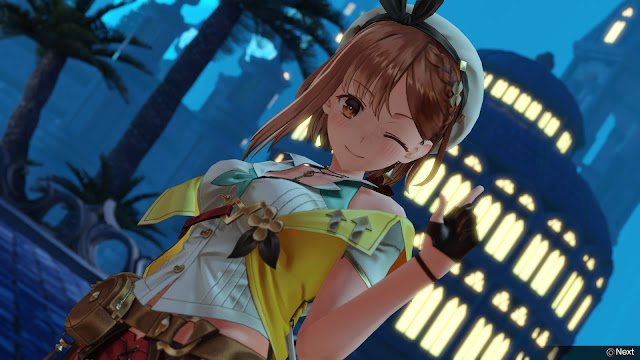 Speaking of Gust, the Atelier series of JRPGs is filled with great women characters. Indeed, for all the nonsense Koei gets levelled at it from certain corners, Atelier has been flying the flag for strong female characters for decades, and largely without acknowledgement for it. Perhaps people see he short skirts and cute faces and overlook how these girls are the heroes of their worlds, bringing communities together through the rare, highly complicated skills that only they possess. Now, Ryza isn’t my personal favourite of the series (that would be Firis or Meruru), but Atelier saw some major mainstream success because of Ryza, and so I figured I should list her to represent the series. Ryza’s great. She’s down to earth and inquisitive, smart and brave. She’s a good friend, and a great explorer. Ryza’s the perfect example of why, with so many Koei characters, even if the thunder thighs don’t do it for you, if you can take ten minutes to look beyond that then you’ll realise that these developers really know what they’re doing.
Hinako 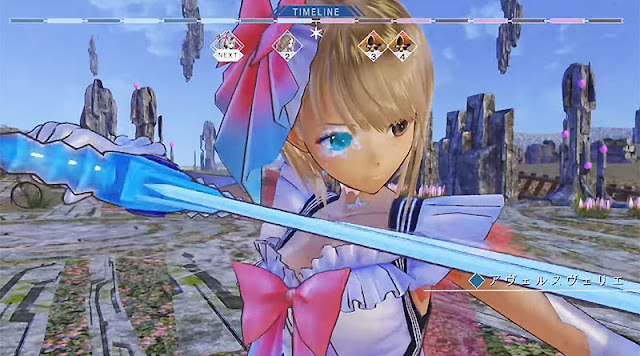 More Gust! Hinako is the protagonist of Blue Reflection and she is an absolutely wonderful character for a truly beautiful game. An aspiring ballet dancer who can’t dance thanks to her injured leg, she’s going through a lot, so when two girls – Yuzu and Lime – offer her the chance to be a Sailor Moon-like hero and fight monsters with the eventual promise of being healed, she can’t resist signing up. What follows is nothing short of a beautiful narrative of solidarity between girls, adventure, and warmth, and through it all Hinako represents a stoic strength and determination that makes her a powerfully compelling character. Blue Reflection 2 can’t come around soon enough.
Sun Shangxiang 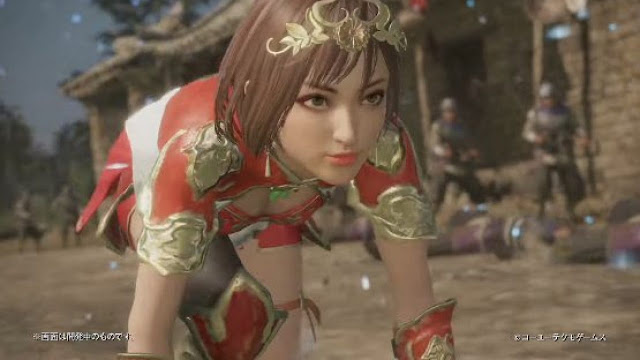 In the Romance of the Three Kingdoms historical novel, Sun Shangxiang is like most women. That is to say, she is barely an afterthought and almost totally irrelevant to a story about nearly endless conflict between men (all of who probably should have listened to the women a little more). In the Koei games, however, the developers picked up on the common reading of “Lady Sun” as a somewhat (okay, very) feisty tomboy, who was married off to Liu Bei (one of the three “head honchos” of the part of the book that the games predominantly take place). As Liu Bei’s chief advisor, Zhuge Liang, was quoted: “When our lord [Liu Bei] was in Gong’an, he dreaded Cao Cao’s influence in the north and feared Sun Quan’s presence in the east. Even in home territory he was afraid that Lady Sun would cause trouble.” The point here is that Koei wrote her as a girl that doesn’t take crap from the boys, and that spunky presence and fighting style in the RoTK games has always been most welcome.
Oichi 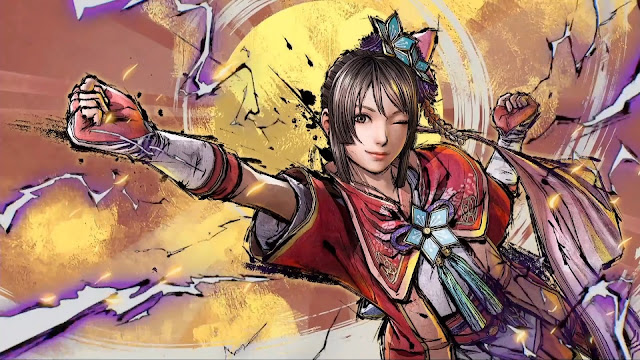 In many ways the opposite of Lady Sun, Oichi is my favourite character in Samurai Warriors because you just fall in love with her. Koei’s always made a soft pink her primary colour, and she’s always designed to look demure and graceful. This is reflective of her role in history; not only was she considered one of the great beauties of Japan, but she is one of the most tragic stories, as the sister of Oda Nobunaga, she was married off to a man that became an Oda rival, and she therefore got to subsequently watch Oda destroy her new family. After that then she married one of Oda’s generals, only to watch as he was killed by Hideyoshi Toyotomi. See? A truly tragic life. Koei’s always done her character a sensitive justice in responding to that, while finding ways to make her a graceful, interesting presence on the battlefield.
Benizuki 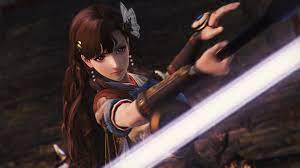 It has always been a tragedy that Koei Tecmo’s Toukiden hasn’t been better received. It’s understandable why, since it looks like a Monster Hunter clone, and often plays like one. As many developers have discovered, you can’t take on Monster Hunter on its home turf. And yet, just like Nioh ended up being elevated beyond Dark Souls by being resolutely Japanese, so too does Toukiden, by honing on on the deeper Japanese cultural themes. Benizuki is one of the major characters from the series, and she is awesome. She’s got a wild energy to her, turning that spear that she wields into a whirlwind of devistation, and yet outside of combat she’s almost gentle, making for a contrast that is always fun, whenever she appears on screen.. And, of course, she’s also totally gorgeous. This is a Koei game, after all.
Ion 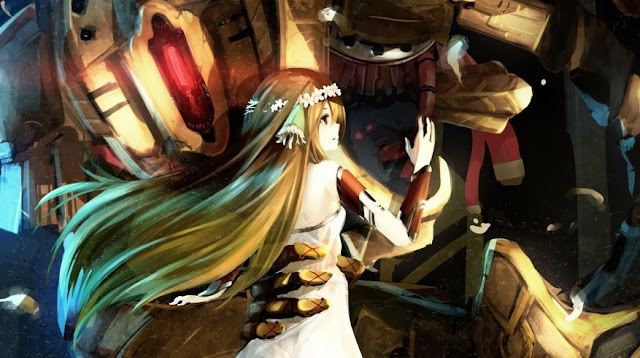 Ion’s probably the least well-known character from this little list, as she comes from Ciel Nosurge and Ar Nosurge: two Gust games that are wildly obscure, even by Gust standards. There’s also no way that I can even begin to explain Ion in a single paragraph; her backstory alone is miles long and the Nosurge games are convoluted and challenging science fiction stories in a way that almost defies explanation. So you’ll just have to trust me. If you ever get a chance to play the Nosurge titles, you will fall in love with Ion. Guaranteed. She’s irresistable.
Miu 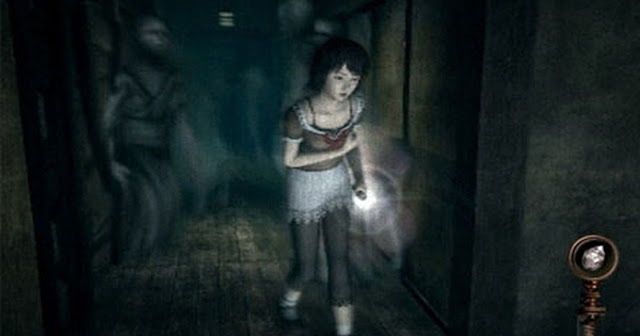 One of the qualities of the Project Zero/Fatal Frame games is that the lead protagonist is generally a woman and, unlike in many other horror games, there’s no effort to make her look “normal” or “gritty”; Koei Tecmo goes full porcelin doll beautiful with these protagonists, and it really works in the series’ favour. In a series where physical confrontation is secondary to the battle of the souls and each character is intensely vulnerable, the delicacy of the character designs is a powerful visual aid to assist you connect with the plight of these characters, and Miu, the protagonist of Project Zero 2, is the best of them all. She just wants to save her sister, and the strength she finds to do so makes for a compelling character arc.
Joan of Arc 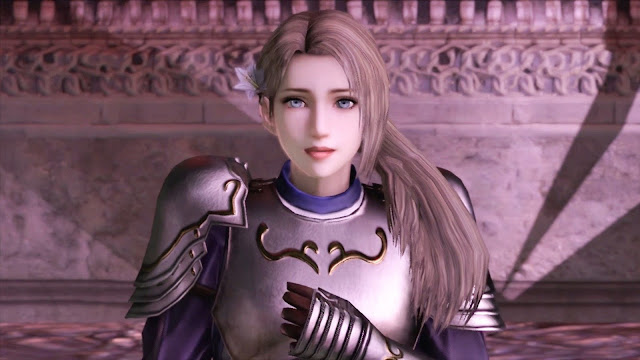 Bladestorm is Koei Tecmo’s most under-appreciated game ever. It’s an excellent retelling on the epic conflicts that occurred through the 100-Year War in Europe, and this naturally means the presence of Joan of Arc. Joan plays a fearsome, powerful role in this game – a noble knight in every way, commanding armies with fierce gravitas and her righteous quest. She fills the screen with every scene that she is in. There have been a lot of takes on Joan over the years, but as far as video games are concerned, Koei has represented her better than any.
Arnice 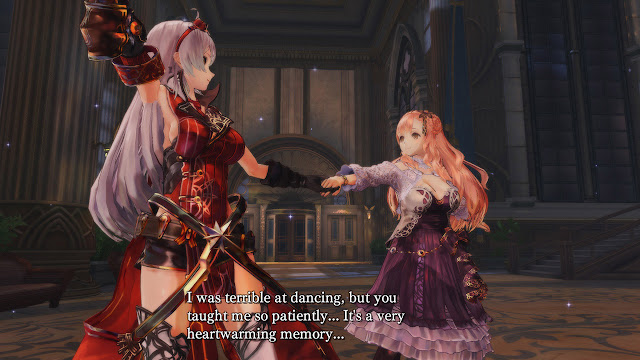 Finally, we return to Gust, for the protagonist of the original Nights of Azure. This gorgeous gothic fantasy has all the aesthetics and tone of the opera, complete with an elegant story of love between Arnice and her girlfriend, balanced against inevitable tragedy. While Nights of Azure has a great combat system, featuring the ability to summon a wide range of monsters to combat all kinds of gothic terrors, it’s really the character of Arnice that carries this one beyond what the many, many other action JRPGs offer.
And that’s it for this list! Let me know your own picks in the comments!

The August 2021 issue of the Dee Dee Zine is available now!