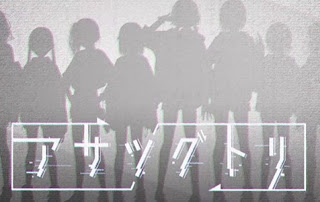 Nippon Ichi over in Japan (as opposed to the western publishing arm) is a true factory of new ideas. Indeed, there are very few that do such a good job in backing new ideas. The company has let slip its latest title, called Asatsugutori, and this one is intriguing.

Asatsugutori is a mystery detective game, featuring plenty of investigations, coupled with a time travel mechanic (because what mystery game doesn’t these days?). We don’t have too many details just yet (Gematsu mentions that the proper reveal can be expected tomorrow), but the concept is so very solid:

During “Investigation Parts,” you will go back in time to before the incident and investigate. Investigation Parts progress in real-time, and the information you can collect varies depending on the time of day, so you will have to go back several times to fully investigate. Victims also do not always cooperate with the protagonist since they do not know they are going to die.

Try telling me you’re not keen for this. There’s no word on a western release, of course, but we’ll be keeping our ears close to the ground on this one.

Video games are a unique art form, and that’s because we look at them incorrectly for an art form