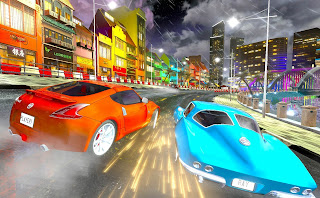 After many years, the iconic arcade racing series, Cruis’n, is going to return with Cruis’n Blast on Nintendo Switch. This series was once the property of Midway, but Midway’s no longer around. The license has been picked up by Raw Thrills, with a physical edition to be published by GameMill. Today’s announcement is that the game will release on September 14.

Features, based on the Nintendo listing:

Blast your way through nearly 30 over-the-top tracks.
Grab the wheel of 23 custom rides from licensed supercars to monster trucks and unicorns!
Up to four players can race together, so pick your favourite vehicle and hit the road!

(No, I kid you not, that’s the entire feature list. At least these developers are setting themselves to overdeliver and overexcite, rather than what usually happens with marketing copy).

Shadowverse: Champion’s Battle: Why I love this Nintendo Switch CCG