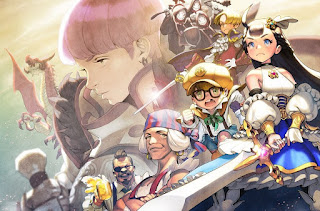 Last week, we played a well-regarded visual novel that has come to Nintendo Switch, and a 2D Metroidvania/Soulslike with a melancholic atmosphere!
The Silver Case
Aria Chronicle
(Note: There was an Internet outage that affected the first video, so the second video is a direct continuation of that first one)
We do take requests! So if there’s ever a game that you’d like to see me play, just shout out – as long as I have access to it, I will do my best to fit it in the schedule!

Win the brilliant EPOS B20, courtesy of EPOS and DDNet