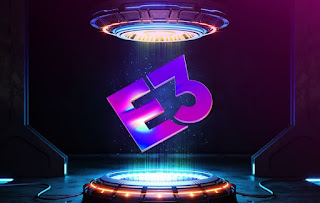 I am so grateful that Lindsay, our resident news boss, has provided these daily wraps of the biggest bits of E3 news each day. Today, for the first time since E3 kicked off this year, I went looking for news and information, and I was so overwhelmed by it all I realised, quickly, that I was actually getting the coverage I wanted right here. That’s not just me aggressively promoting DDNet here, either. 2021 is the first time I’ve kept my distance from the minute-to-minute E3 experience in quite some time, and I’ve realised now just how unrelated the event is to just about everything I care about with video games.

Now, to clarify: I think there is value to gaming events and conferences. When the media can be there, physically, at them. Until the pandemic ruined everything, I went to Tokyo Game Show every year, and it was critical for me in building relationships with the PR and artists at companies like Square Enix, Nippon Ichi, Idea Factory and Koei Tecmo. These are companies that very rarely bother with having a direct presence in Australia. So, by packing my bags and heading over to Tokyo, I’d get to interview the various key people and get interesting, original, worthwhile content to report back on here. It was never about the trailers or whatever reveals TGS had. The editorial value was in being able to dig deeper. I believe that E3 would be much the same experience.

But in 2021 that’s not happening. Instead, E3 this year is an online-only event, and while I’m sure there are some limited opportunities for the IGNs, Polygons, and other big games press to do Zoom calls with developers, mid-tier sites like this one are always going to be overlooked for that (especially given how muted the Japanese developer presence is at E3 these years). Indeed, we didn’t get a single opportunity passed our way, and we’re a buzzing insect that annoys a lot of PR agents and developers, I can assure you of that. So, instead, the only coverage we can offer here is to sift through endless trailers and marketing statements and report the spin back, with very little opportunity to challenge or qualify it. Lindsay has done a brilliant job in highlighting the stuff worth paying attention to, but for us to justify deeper E3 coverage, we really needs paws on the ground and facetime.

We’re not the only outlet that has had this experience. We’re not even close to the only one. Where E3 was open to dozen of media outlets previously, from what I have seen, it is “open” to a tiny minority this time around. Consequently, the tone about the event has shifted, and E3 as a pure marketing gimmick has become intensified. E3 is nothing more than advertisement, marketing, keywords, marketing, marketing, marketing, advertisement and a bit more marketing. Truly it has become a Babylonic showcase of excess, crass, undisguised capitalism and consumerism, and, sadly, it is being lapped up despite offering so little. Everyone loves a good sizzle reel and gets excited when they see footage of a game they’re looking forward to the most. I do too. But by definition none of that kind of material has substance. When it’s not accompanied by hands-on experiences, face-to-face interviews and on-the-ground reporting, it’s just pure snake oil sales techniques, and never have I more felt like this industry has become a place for the used car salesman than I have this year. 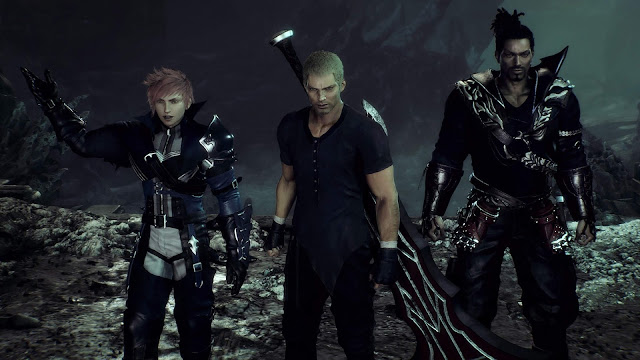 “Halo Fans React to Halo Infinite At E3”. As I type this little thought bubble article, that’s the dominant gaming tweet on Twitter. It’s the top one because it’s a major blockbuster game, and in the absence of anyone being able to do any real reporting on the game, all that’s left is to promote the game on behalf of Microsoft. Media outlets have been happily sharing stories about people getting breathlessly excited for the marketing collateral they just witnessed through this event. And, again, I’m not immune to getting wrapped up in it. Hype trains are addictive. A few years ago, when Square Enix announced NieR: Automata at an E3, it happened overnight and when I woke up the next morning there were dozens of tweets “@”ing me about how I’m going to “lose it” when I woke up (I’ve long been known as a champion of NieR… long before Automata was a thing). I most certainly did lose it, because that was a game that came out of nowhere and so a barely ten-second teaser promise that the game existed, was enough to have me leaping around like an idiot. So I totally understand why we all do it over E3. The ability for this industry to hype products up on nothing but a promise is almost an art form in itself. But on the flip side of the coin, there seems to be a severe lack of awareness about just how superficial this all is. The suit certainly know it, but we should be tempered a bit by the knowledge that these responses are exactly what the suits want, and that’s because it means money for their shareholders, not profound life-changing artistic experiences.

So this year I’ve found myself consuming E3 by either checking Lindsay’s daily wraps, or looking at my Twitter feed which, over many years, has become highly curated to my own personal interests. There has been bits that caught my attention. For example, I found time to wade into the negativity around that Team Ninja Final Fantasy game (this is the people that made Nioh, folks. Give them a chance). I was, however, also able to miss all the Avengers stuff, since that is a game so utterly uninteresting to me I’ve managed to avoid playing it at all (and, fun story, it’s the only Square Enix game I haven’t had the opportunity to review in years. Square absolutely know it about that game). Equally positively, I haven’t head to deal with the fratboy addiction to violence that I have seen every year I’ve tuned into a Bethesda show, nor have I had to come to terms with Ubisoft continued slide into the AAA version of a mobile game content factory. I haven’t had to sit through the exhausting, unrelenting hype machines behind the same kinds of experience over and over and over again for the rare scraps that the industry throws out as vanity projects to highlight how artistic they really are, honest.

I do feel bad for missing the Wholesome Direct, though. And I assume Nintendo will probably have something that interests me. I do remain partial to Nintendo’s little events, but even there, Nintendo in Japan put out a statement asking that people don’t broadcast their E3 direct… and just think about that. Just think about the implications of a company deciding that its marketing collateral is too important to its IP to let people share it. Truly the big game companies have consumers wrapped around their bloated capitalist fingers, and no matter where you look it’s inescapable. You’d have to be a special kind of blinkered to not realise the cost of all this to the artistic experiences that we might have otherwise enjoyed.

E3 has always been a sales pitch, but in years past journalists have done a great job in bringing some form of deeper reflection to the event. This year, however, that has been greatly de-emphasised and instead it’s little more than an influencer-driven monument to marketing excess. The best way to experience it this year has very much been to sit at the sidelines and let the occasional bit of information catch my attention. 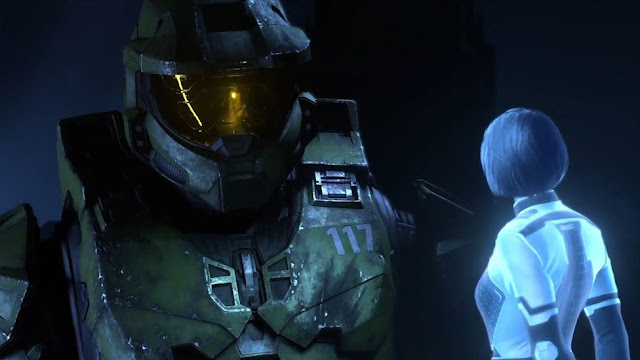 Finally, it’s worth remembering that, after all, these games are going to be coming out at some point, and perhaps we’d all be better off if we stopped allowing the trailers to instead focus on the games that we can engage with outside of the marketing machine. If you analyse the modern gaming trailer that you see at E3 closely enough, there really aren’t many of them that have value beyond highlighting to you that they exist. You get the same information simply looking at lists of upcoming games.

E3 2021: June 14 highlights, including cute creatures and an Ace Attorney