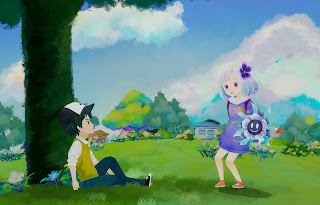 Interview by Matt S.
Sumire is one of the biggest surprises and biggest delights of 2021. This heartfelt (and heartrending) little story about a girl filled with regrets and hurt is a powerful reflection on spirituality, humanity, sadness, warmth and hope. It’s a game that will make you cry, but it will also make you reflect on life and appreciate the world around you a little bit more.
Related reading: Our review of Sumire. You absolutely MUST play this game.
I also found the game interesting because of the developer it came from. GameTomo is a developer and publisher based in Japan, but filled with western expats that live and work there. It’s a developer with a rare perspective, in other words, as “outsiders,” but those that have lived in Japan for long enough to come to a deeper understanding of the culture and the way the Japanese think and live.
Put all together, I had questions that I desperately wanted to put to the creative team behind such a powerful and provocative work of art. Thankfully, GameTomo creative director and the game’s writer, Michael Ely, took the time to humour my questions and provide some great further insights into what makes this game tick.

Matt S: Perhaps the best place to start would be if you could tell me what inspired Sumire?
Michael Ely: Sumire was inspired by the idea of “What if you had only one day to live, what would you do? Who would you talk to? What would you tell that person you love, the words you never got to say?” This idea was wrapped up in a story of a shy, inhibited girl that finds a flower with one day to live, and has to break out of her limitations to give herself and her flower that one great day. 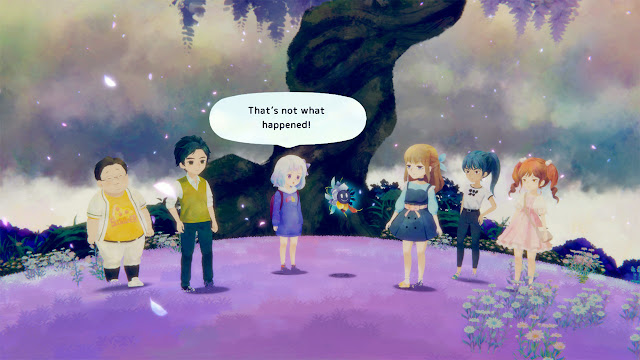 Matt S: My read on the visual aesthetic was that it was aiming for a picture book approach. Was that deliberate, and if so, why?
Michael Ely: That’s a pretty good description. In the very first mockup the girl hero was younger, so we started out with a bright, simple aesthetic, but it was a bit hard to relate to. We made her older and gave the art more depth, but we kept the beautiful sky and the sort of flat planes of the earlier style, just made it all richer. It seems to work well for the story.

Matt S: Why a flower as the central hook that draws the player through the story?
Michael Ely: In the original story, the flower had one petal, which symbolized its one day in the world. And a flower felt like a good spirit guide for our main character, but the first one-petal flowers we made felt a bit too alien. One of our artists, Nakazawa-san, found the Queen of the Night flower that only blooms for one night, so we used that as the basis. A living guide that could hover behind Sumire and slowly loses its petals felt like a good symbol for the passing of the day.

Matt S: There’s such a quality of bittersweetness to Sumire. I haven’t finished playing it yet, but right from the outset I’ve felt a strong contrast between a sense of home, and a kind of overwhelming sadness. Do you think the video game format was the right way to convey that emotional density (compared to, say, film or literature), and if so, why?
Michael Ely: The original outline was actually a story. A story allows strict control over the details noticed by the player, and thus can (theoretically) bring the player to a more powerful emotional moment. But what the game gave us, aside from wonderful immersive art and a world to explore, was the ability to have the player make choices, and for those choices to be set in time, never to be undone. But the theme of Sumire does feel universal, and could work well in film, book or game.

Matt S: Was there any specific reason that you made the colour violet (“sumire”) a central and recurring motif?
Michael Ely: This is fun to answer. Any time people work on a big creative project for a while, certain things start to take shape in our intuition before we even realise it. We did many versions of the main character, who originally had no name, at the same time we were brainstorming titles — dozens and dozens of them. We finally got a main character sketch we loved, but there were multiple colours for her jumper to choose from. We all liked the purple, and at the same time had narrowed the title down to something around twilight and the purple sky. “Sumire” is a girl’s name in Japan and also means violet, so everything just clicked together. 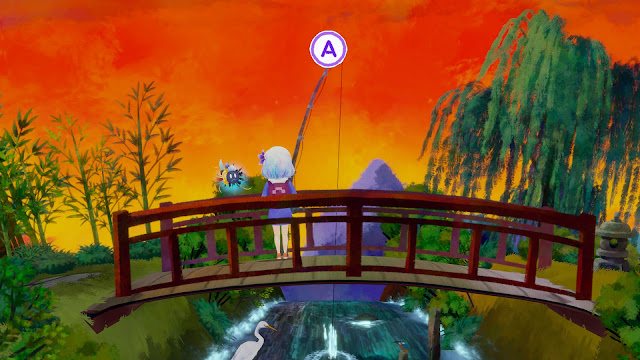 Matt S: I know that GameTomo itself has people who live in Japan but aren’t native Japanese. Do you think that this dynamic has lent you a unique perspective when creating a game so infused with Japanese culture?
Michael Ely: We hope so. We feel we got a good balance between the sense of wonder an outsider would feel, and the sense of knowledge and familiarity a local would feel.

Matt S: Why, specifically, one day? What was it about that length of time that interested you, rather than 48 hours, a week, ten days, etc?
Michael Ely: A day felt most like a life, with a start and a series of changes and an end in darkness. Visually, the flower knowing that it would die when the last bit of sun vanished from the sky gave the flower’s life more impact too. But finally, a day is something a real person, such as a player, can handle. A lot can happen in a day! Most are normal or boring, but sometimes choices can be made that change your life forever.

Matt S: You must have been pretty proud that Nintendo itself took an interest in the game (Nintendo would highlight the game during its various events to promote indies in Japan). What do you think drew them to it, because there’s certainly a lot of indie games getting released on Switch each week?
Michael Ely: We were ecstatic they liked the game, it was a great honour. They asked to see what we were up to and we sent a ROM, and somehow they quickly got the feeling of the game from the visuals and music and the early moments, and felt it was worthy of attention. They played some late builds and gave feedback as well, helping us polish and improve some things.
Matt S: I know it’s early days at the moment, but have there been any particular responses from players that has made you sit back and think that you’ve achieved something remarkable with Sumire (because you absolutely have)?
Michael Ely: Several people have mentioned crying, and some have mentioned that it connected them to their real life. We love hearing that, and it’s really what we wanted when we made the game. The most gratifying so far has been someone that said their life has been really hard lately, and when they played they thought they made too many mistakes (in the game), but realised in the end that they could make a list for their own day, and it gave them hope things could get better. We couldn’t ask for more than that! 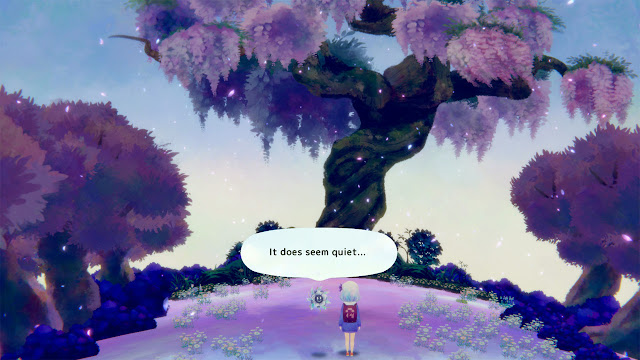 Matt S: Finally, when you’re not developing games, what do you enjoy playing yourself?
Michael Ely: People on the team like all kinds of games, from Spiritfarer to Cyberpunk 2077. Personally To the Moon was a great inspiration for me, but on my usual busy days I like quick fast action games to clear my head from all the creative work.