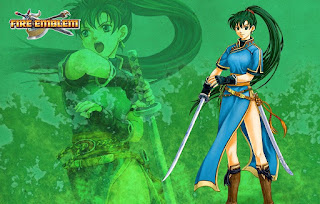 If you really, really pressed me to name a favourite console of all time, my knee-jerk reaction would probably be the Game Boy Advance. It was the console that took me from hobbyist gamer to gaming being a true calling and passion for me. It was a GBA fan site where I got my first gig writing about games, which would eventually lead to this here DDNet. And it introduced me to Fire Emblem. Fire Emblem.

I took my GBA with me everywhere, bought more games on it than I had the money for, and was very genuinely deflated the day it finally stopped working. Why is the GBA on my mind right now? Because it released on this day, 20 years ago, in Australia. Nintendo A/NZ blasted out a tweet to remind us all of that momentous date, and asked a simple question “what’s your favourite memory of this handheld console?”

“My favourite memory was when GBA games were released on Virtual Console so I had a legitimate way to play them again,” I quipped back. “That was the Wii U, BTW. I’m still waiting on them to come to a console I actually turn on in 2021.”

On this day 20 years ago, the Game Boy Advance was released in Australia and New Zealand. What’s your favourite memory of this handheld console? pic.twitter.com/hDMlfBCK5q


While I was obviously joking (being introduced to Lyn from Fire Emblem is clearly my actual best memory), I am more than a little sour about Nintendo on this. When the 3DS launch was so catastrophic that Nintendo needed to give away 20 games to early adopters by way of apology, ten of them were GBA titles, and they all ran beautifully. While the Wii U struggled to earn any playtime from anyone, the GBA virtual console titles were one of the rare highlights on the system. There is clearly no technical reason that the Nintendo Switch can’t run GBA titles. It’s just that Nintendo, in its forever-esoteric wisdom, has decided that we should not be able to play GBA games on our Nintendo Switch.

Since I don’t have a Game Boy Advance anymore, I’ve been forced to use Anbernic consoles to replay my favourite GBA games. To be clear here, I don’t feel any moral quandary about doing so. I bought every GBA game released on the Wii U Virtual Console, and if Nintendo is going to conspire to make these games unavailable on the systems I actually play then I’m going to work around that. However, I would rather have “official versions” of these games, and I would repurchase the lot of them were Nintendo to release them on the Switch. Or they could become a third pillar of the Nintendo Online Membership and join the SNES and NES libraries that are available to subscribers. I don’t actually care how Nintendo does it. I just want to play the games.

It’s frustrating to have Nintendo out there celebrating a console as beloved as the GBA, without the slightest hint of concern about whether people can actually still play those games. I’ve written and done videos about how irresponsibly terrible the games industry is at archiving and preserving its art. This is a particularly blatant galling example of how little the industry even cares. Nintendo knows how beloved that console is. Aside from trying to get a viral tweet going, though, Nintendo doesn’t care if people can no longer enjoy its experiences.