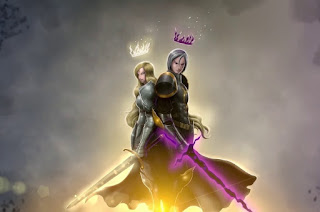 Sony Interactive Entertainment Spain (SIE Spain) and Aeternum Game Studios have announced that Aeterna Noctis, a “hand-drawn Metroidvania,” will release on PlayStation 4 and 5 on December 15. This game looks absolutely gorgeous.

It’s going to be a huge game, with 16 levels, 100 regular enemies, and 20 bosses. Backed by what the developer promises is a “challenging” difficulty, that should be more than enough to test the hardened fan. In addition, as the press release claims, it’s also about the story. “Immerse in a deep and beautiful story. Aeterna Noctis is not just about puzzles and platforms. It is also filled with epic moments and unexpected twists that will captivate even the most experienced of players.”

Aeterna Noctis was developed as part of the PlayStation Talents project, an initiative in Spain to find the next wave of talented developers out of that country. It has previously supported games like Summer in Mara, The Five Coverns, Windfolk, and Waves Out.

Interesting games on itch.io: May 17