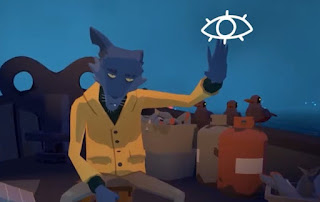 I’ve touched on this topic often enough in the past, but I saw a tweet this morning from a game developer that annoyed me enough that I felt like it was worth re-iterating on here, because it speaks to a common attitude towards games that are crushing them as an art form. The developer in question had made a short game, and in the tweet shared a Steam “review” from a player that apparently loved their time with it, but because they were able to finish it quickly, they chose to refund the game, meaning that the developer didn’t make a cent. From someone who enjoyed – and finished – the game.

yep we made a short game. I think there should be more short games. I think short games shouldn’t get refunded for delivering an amazing experience pic.twitter.com/bdngjVUpBD


Steam’s refund system is noble enough in intent; you can play a game for up to two hours, and if you don’t like it, you can refund it, no questions asked. So, if you end up buying a game that crashes at launch or is deceptive in its description, you aren’t out of pocket for a purchase that you wouldn’t have made should you have known better. As noble as the concept is, the problem with this system is in execution, and it is a couple fold:

Firstly, it all but mandates that games are longer than two hours. As we can see from the tweet above, if a person can finish a game in a shorter time frame, then many of them will take advantage of their ability to refund it.

Secondly, it encourages game developers to be deceptive. Front-end the game with the good stuff, then pad out the rest to make sure that, by the time the person realises that they’re not enjoying the experience, it’s already too late.

In reality, two hours is wildly excessive. As a storyteller or artist, you can do a lot with two hours of your audience’s time. Until Disney came along and ruined the pacing of movies by making superhero films with exhaustingly long action sequences, a 90-120 minute film was very much the standard length of a film. Ballets and theatre productions are around two hours long, when you take intermission out of the equation. Some of the best bits of writing are found in poetry, which can be recited in a few minutes. Leonard Cohen and David Bowie (or whoever your own favourite music artist is) condense some incredibly impactful and deep pieces of art into music tracks of between three and five minutes of length. Art has nothing to do with arbitrary length, nor “value for money,” and yet the ability to refund a game within two hours immediately shifts the discussion to enforce a “minimum length” on developers and encourage players to equate the quality of the experience with the length of time spent playing it.

There are so many solutions to this problem that Valve could have implemented by now, because this has been a problem that developers of shorter games have been speaking out about since day one. Valve could have given developers a tool that, once a game has been 50 per cent completed, regardless of length, consumers would be locked out from refunding it. Valve could restrict players from refunding too often, since that would imply the abuse of the system. Gamers have so many tools at their disposal when it comes to deciding whether to buy a game – reviews, streams, influencers, social media – that the idea that they’re blindly buying games that they then discover aren’t for them is utter nonsense. Refunds should be there for games that don’t work – perhaps the computer isn’t up to spec after all or there’s some system bug – but refunds shouldn’t be contingent on the nature of the content.

Valve won’t do any of these things, and why? For two reasons; Valve wants to be seen as pro-consumer, so artistry and artistic integrity doesn’t matter to Valve (nor does the financial health of small-scale game developers when it comes into conflict with that pro-consumer stance), and, secondly, it benefits Valve when people spend more hours in Valve’s ecosystem. A 100-hour game on Steam is more valuable to Valve than a two-hour game, because it means that the player is spending 50 times as long in Valve’s environment, and therefore Valve is incentivised to discourage short games.

But the problem with this – putting aside the financial hit that it inflicts on any developer brave enough to produce a short game – is that it highlights yet another example of where the entire industry zigs when it should be zagging as far as treating games as works of art is concerned. Art doesn’t become better if we attach arbitrary expectations of how much content it should provide. Quite the opposite. Good art is only as long or big as it needs to be to convey its core thesis and themes. The more it gets padded out from that point, the more it dilutes that thesis and themes, and ultimately you end up with poor art: a shallow, unfocused and dull experience. Most video games, in other words. Speaking frankly, here, most people who work in video games are not artists of the calibre of Tolstoy and most of them don’t have a War and Peace in them. A lot of games would be a lot better off if they were focused down significantly.

That’s not going to happen, though, because everyone, from the platform holders, to the developers and publishers, through to the consumers, influencers and pundits, are committed to the lie that there’s inherent value in content in games. More must be better! The games industry is filled with people who would add a half dozen scenes to Romeo & Juliet because sword fights are good content (even though Romeo & Juliet is as perfectly paced as any piece of theatre ever composed). They’d probably try to develop a sequel, too, in which Romeo and Juliet both somehow survive because why waste an opportunity to sell more content on the back of a popular IP (the fact that Romeo and Juliet need to die for the thematic integrity of the work would never be a consideration). This is an industry that looks at Orwell’s Animal Farm and would suggest that it has no value because it can be read in just a few hours. “Refund it!” they’d say. “Orwell should have written a longer book if he wanted our consumer dollars.”

As a critic that really does try to give games the benefit of the doubt as works of, it is becoming increasingly exhausting, because increasing it seems like no one actually wants that, when it gets down to it. I mean, sure. Everyone in this industry likes to go through the pantomime of talking up video games as art. Glossy promotional videos at E3 and whatever proudly proclaim that games give people’s lives meaning. Games tell those great stories. People have emotional connections with the games they play. Games deserve to be taken seriously as works of art in academia. But then, when crunch time comes, the performance drops every damn time. When it gets down to actually treating games like art, the same industry and all the people within it revert right back to treating games as a content product to be consumed.

Here at DDNet I’m preaching to the choir and one of the small pockets in this industry that cares about art, I know. But, still, for everyone else that may read this: pay for your damn games and stop counting how many minutes of entertainment you get from them. Instead, try paying attention to what the game’s actually saying. When (or, more accurately, if) that happens, then and only then will games deserve the same status as art as other art forms. Because I’m telling you right now, no one’s watching the clock when they go to the ballet, theatre, opera, nor when they read books or go to the cinema (Disney aside). This industry, which likes to pride itself on being the most important art for to popular culture and where all the artistic innovation happens, has a lot to learn from the other art forms, in terms of how both games are made and experienced. A lot.