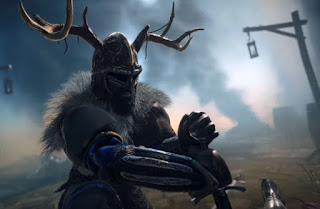 When I think about medieval warfare, one of the things that I often end up musing over is what it must have been like to be on the receiving end of a siege. Not only do you know that there’s an army out there waiting for you (and back in those days “war crimes” weren’t exactly a concept), but you’re facing daily hails of rocks from catapults, dwindling food supplies, disease and whatever other terrors – being in a siege would have been nothing short of a nightmare.

That’s the experience that the upcoming simulation game, Siege Survival: Gloria Victis, looks to recreate. You’re going to have to make good use of whatever supplies you have to resist the attackers, and then, at night, brave forrays into the occupied town outside to try and grab some useful materials. It looks like it’ll be something intense and grim, and hopefully give us an experience that we just don’t get that often.

A new, very cinematic trailer highlights what to expect from the game. Its features, according to the press release, include:

Crafting & resource management: You need better weapons, a roof over your head, hot food and all the other trappings that just existing entail; and the only way you’ll get these is if you and your team craft them. But resources are scarce and you’ll need to manage them wisely to make it through in one piece.

Scavenging: Venturing out from the safety of your keep, you have to explore the ransacked city at night to collect raw materials, abandoned goods and weapons that you need to survive and hold out long enough for the reinforcements to arrive. Unlock new routes to various districts of the city, recruit more survivors and avoid enemy soldiers patrolling at night. If you don’t make it back by dawn, you’re as good as dead.

Surviving the siege: Defending what’s left of your city are a few tired troops in dire need of arrows, weapons and armour; along with treatment for the wounded. You need to keep this squad supplied and supported in every way possible ahead of their battles every few days; otherwise the enemy will storm the keep.

The game is being developed by Black Eye Games, the same developer that produced the MMO Gloria Victis, with this game taking place in the same universe. We don’t have a release date for it just yet, but it will be published by Koch Media.