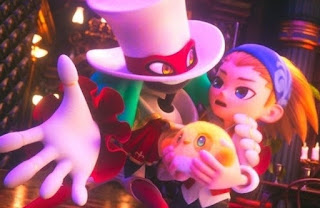 Okay. Here we go. I’m about to say something that, if Balan Wonderworld’s reputation on social media is to be believed, is a cardinal sin: I like Balan Wonderworld. I like it because here is a platformer that isn’t really interested in being a platformer. For that matter, it’s not really interested in being a game, or even cohesive. This thing is a colourful, gloriously silly fever dream, and I think I’m fortunate in that, because I don’t really care for platformers, I’ve been able to sit back and enjoy this game for the unmitigated trip that it is, rather than expect it to be something that it clearly isn’t.

I suspect the “Wonderworld” in the title is a less-than-subtle reference to a certain series of theme parks around the world (Disneyland, folks. I’m talking about Disneyland). Theme parks are generally organised into small, distinctly themed areas, and people tend to understand how to interact with them and move through them without needing some kind of narrative explanation of what’s going on, or for a giant mouse mascot to come around and tell them that they’re about to enter the Aladdin-themed area, for example. The idea of a theme park is that you’re swept up in the aesthetics and kinetics of the space, and that’s enough to know that it makes sense that in five steps you can go from a food court to a rollercoaster, and then, right next to that is a churro stand and a 3D film theatre. It all works, precisely because it is all that abstracted and lacking in cohesion. It’s such a sensory overload that is so extreme that the experience simply overtakes your desire to understand it, and instead you just roll with it.

For the first hour, I was struggling with Balan Wonderworld because I was trying to make sense of it. The game is maddingly uninterested in actually explaining the reason behind the lavish G-rated cabaret-style cut scenes that you’re seeing. The titular dude with the top hat isn’t even really explained. He’s there and he just whisks you away on an adventure. Inside the levels themselves, the experience is much the same. There’s a lot of energy going on, but I found myself asking why I was being surrounded by clapping, dancing animals that disappear whenever I get close to them? And why the top-hat guy shows up every so often to do a martial arts QTE routine? And, for that matter, why was I being chased around by colourful blobby things with rabbit ears? 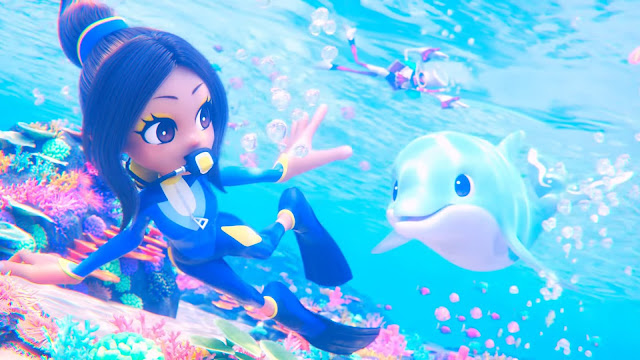 As I entered the second hour I realised that I didn’t care about the “whys” any more. And when I stopped trying to make sense of Balan Wonderworld, Balan Wonderworld became wonderful. Suddenly I was just enjoying the endless colour and motion, which filled my screen with vibrant energy in every pixel that it could. It didn’t always do so with a smooth frame rate, and I was so invested in this thing from the perspective of pure aesthetics that I do actually wish I had played on another console for that reason, but there was that warm, classically Disney-like energy anyway. Nothing really gets repeated in the level design of Balan Wonderworld, which is just as well because any repetition in the spaces would have destroyed its very distinct energy. Furthermore, aside from the boss battles, which are vivid set pieces in their own right, there’s very little by way of difficulty in this game, so it never had the opportunity to overstay my patience. This might be the kind of game that becomes better and better the more alcohol (or… other substances) that you’ve consumed, but there is a quality in the way that energy has been designed into the experience, and Balan Wonderworld does it in such a way that I haven’t really seen elsewhere (given the critical response, I think I understand why).

As a game, though, Balan Wonderworld isn’t what I would call good. A big part of the problem is that it’s a “one-button” experience, where every single action that you’ll take is handled by a single button. To allow you to do different things, there are costumes to collect. A lot of them. Around 80 or so. Some costumes let you jump (and, yes, that means that when you’re wearing other costumes you can’t even jump). Some allow you to shoot fireballs. Some allow you to kick soccer balls, and some allow you to attack things. Now, the good side to this is that you’re constantly discovering new things, which supports the kinetic energy of the rest of the game. The downside is that there’s only so much you can do with a single button, and with so many costumes, there are plenty that are effectively less useful copies of other costumes – some “jumping” costumes are much less useful than other “jumping” costumes, for example. Unfortunately, the developers have also used this costume system to introduce the need to backtrack a lot, and that introduces a degree of repetition that is catastrophic to the endlessly forward energy that the game does well. Say for example you see a web on the wall in one level. You can’t climb that ti access a whole chunk of the level until, much later on, you find a spider costume suit.

The other big problem with Balan Wonderworld is that progress is locked behind finding statues within the levels – you need a minimum number of them to unlock the next area. But again this is at odds with what Balan Wonderworld does well, in that it forces you to inch around levels looking for these damn statues, rather than bullet through the levels and simply enjoy the energy. In the end, it’s hard to shake the feeling that the development team had no idea how to turn one brilliantly surrealistic concept into something to play, and they ended up falling back on platforming topes that had the unfortunate side effect of leading players into thinking they should be playing a platformer. 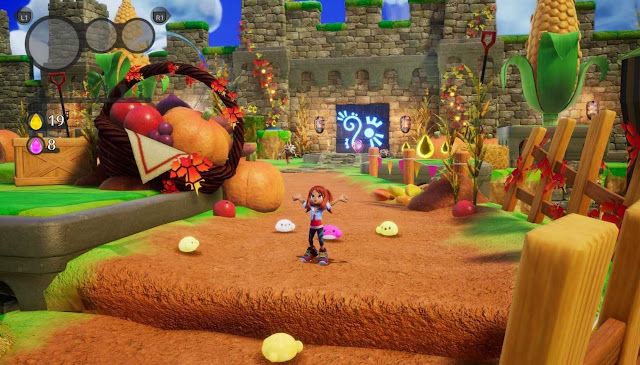 I’m going to round this review out by talking about “whimsy”, and I can’t believe I’m actually about to do this, but I’m going to quote Ayn Rand who, despite being the most monstrously stupid person to ever write a book, surely came up with a useful thematic reading of the word: “A “whim” is a desire experienced by a person who does not know and does not care to discover its cause.” That is easily the best way to experience Balan Wonderworld. The aesthetics and theatrics of it all are to be desired – they’re impeccably evocative and inviting. So the best way to play this game is to let that sink in and don’t care about the rest. Let it be a whimsical, pointless exercise, and its many flaws around its inability to make sense or offer compelling gameplay simply stop mattering. Meaning doesn’t matter. This game is at its best when you can simply enjoy it as a wash of energy.

I genuinely love Balan Wonderworld because it caught me at just the right moment to indulge its whimsy. I don’t for a second think it’s a great game or platformer, but then I also just don’t care. It offers something much more viscerally engaging; raw creative energy, and I would rather a hundred games fall flat like this one has and at least give me something different than play yet another highly refined copy of something I’ve already played a hundred times. Sometimes, just sometimes, raw creativity is enough in itself. 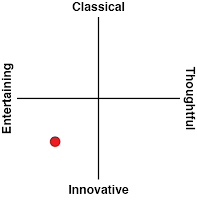