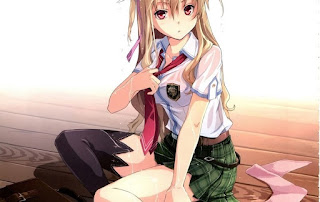 If you’ve got a Nintendo Switch, then you can play the third and fourth chapters of Nihon Falcom’s Trails of Cold Steel on it. Unfortunately, that doesn’t mean much, since these games are direct sequels to one another, so if you can’t play the first two chapters, there’s not much point in jumping in on the third.

Unfortunately licensing seems to be the underlying issue here. NISA has the rights to the third and fourth chapters. XSEED for the first two. Or, at least, they did. Today a completely different publisher, Clouded Leopard Entertainment, announced that it would be releasing Cold Steel 1 and 2 on Switch in Japan on July 8 and August 5, respectively. That version will support Japanese, Korean, and Chinese text, but no English.

Now, Clouded Leopard Entertainment has released games in English before – Marchen Forest on Switch was their project. It’s just a matter of whether they can negotiate with XSEED, I guess.

I certainly hope that it ends up happening, somehow. I love Cold Steel’s Alisa, and I want more of her on my Switch. Make it happen, peeps. Give Switch owners the full Cold Steel arc.