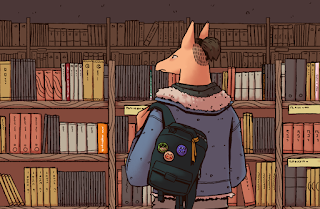 Developed by Deconstructeam (what a name) and Devolver Digital, Essays on Empathy looks like exactly the kind of narrative-driven experience that I want to support. Releasing on PC next month (May 18), Essays on Empathy is a compilation of ten short stories about life.

As per the press release: “Step into the shoes of a richly imagined cast of characters over five hours of vivid and varied gameplay.”

Most of these games have already been published, mind you. Deconstructeam has been releasing them over on itch.io, but this will be a convenient way of accessing them if itch isn’t your thing. Additionally, there will be one all-new game as part of the collection.

Deconstucteam is probably best known for the excellent Red Strings Club. These people know how to write awesome narratives, so a collection of vignettes from them should be something that you should be looking forward to.