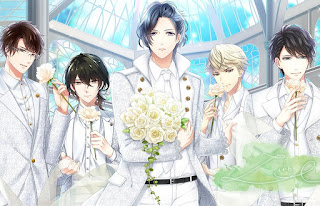 Otome. It’s a genre that you rarely hear talked about with any sincerity or depth at IGN or Gamespot, or even Polygon. There aren’t all that many otome games that even get localised out here in the west. Heck, Koei Tecmo, which localises almost everything and has a robust otome business, doesn’t even localise those games for English-speaking audiences itself.

But if you think that means otome games aren’t big business… well, that just means that you’ve fallen for the trap of thinking that western markets are all that’s important to game development. One popular otome developer has just listed on the Japanese stock exchange, and it is proving to be such a runaway success that it might be an indication of where the Japanese games industry will drive into the future, too, and English-speaking languages will not be the primary concern in that scenario.

As reported in the Japan Times, the developer, Coly, was started by twin sisters, Anna and Mizuki Nakajima. Their listing debuted on the stock exchange last Friday and has since doubled, making it the strongest market debut of 2021 to date, and making both sisters worth ¥15.2 billion each courtesy of their stock holdings. Not bad for being just 32 years of age.

What’s especially interesting and poignant is that Coly is one of those developers that we just don’t have in the west. Looking through their list of games, I don’t believe any of them have been localised. Some of the titles have, however, been translated into Korean and Chinese, showing quite clearly where the company’s founders see the audience for this kind of entertainment.

This, right here, is a spectacular reminder that as much as people trumpet the all-consuming importance of the American and European game markets, what I’ve been saying for years now is actually true (I wrote about this back in 2014!); the Japanese games industry has been pivoting to engage more closely with mainland Asia for some years now, where the cultural similarities mean that niche-as-niche-gets genres like otome in the west are enough to fuel massively successful companies in Japan.

Introducing the new-look Lorin, in the My Time With Dee Dee VNs