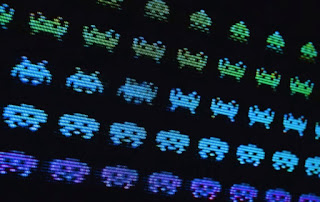 Square Enix hosted the first of its “Presents” shows overnight (for Aussies), giving us an update on everything that the company is working on. Or, at least, what its western publishing arm and developers are working on. The overall event overlooked the Japanese games in development, though I assume we’ll get more information on those at the next Presents.

So there was the big announce trailer for Life is Strange: True Colors (sic. Spell it correctly, please. It comes from a French developer and their English is UK English), which looks great. We also saw Forspoken, which I can’t help but think we’ve seen about a thousand times by now. There was also a Tomb Raider… cookbook… announced for some reason (no really), but for me the most exciting thing came from Square Enix division, Taito: Space Invaders AR. The trailer doesn’t give away any details on this, but I’m imagining Pokemon Go only… you’re out there hunting little invaders. And that sounds great to me.

The trailer is a celebration of the long history and heritage of Space Invaders, which remains such a cultural force, so many (many) years after first landing in our arcades.

Stay tuned for more news on this one. We’ll be covering it in full.