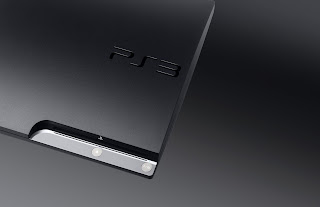 Imagine if the Louvre Museum in France came out with a statement to the effect of “the Mona Lisa is really old content and it costs too much to continue to preserve. So, since we have newer paintings to show off, we hereby announce that we’re going to throw that old, boring painting into the garbage. But don’t you dare take it and preserve it yourself. It’s ours to do with as we want and we will charge you with theft.”

It sounds ridiculous, right? Well, what if I told you that Sony has done just that? Sony has today confirmed the rumours that the online stores for the PSP, PlayStation Vita and PlayStation 3 would be taken down in the coming months. You’ll still be able to download your content if you already bought it, but any games you don’t already own will be permanently inaccessible to you. In doing so, Sony has made it clear that it has no respect for arts. Beyond a game’s capacity to make money for Sony immediately, it holds no value, in the company’s view.

Of course, we could have all expected that this would happen. The current head of PlayStation made it quite clear how little respect he has for anything that can’t fill a press release with exciting tech specs. “Why would anybody play this?” Jim Ryan said of early-era PlayStation games, back in 2017. “I was at a Gran Turismo event recently where they had PS1, PS2, PS3 and PS4 games, and the PS1 and the PS2 games, they looked ancient.”

And yet, as entirely predictable as it is, this move by Sony is a slap in the face for any argument that video games are works of art. You don’t trash art. You preserve it. And yet, not only would Sony have you believe that it’s a good thing that you can no longer access old games, but Sony’s certainly not encouraging other people to preserve these games either. Sony has, over the years, dabbled in plenty of anti-piracy technology, including for the PSP, PlayStation Vita and PlayStation 3. In Sony’s view, it would be better if all of these games just went away.

Yes, many of the most popular games that were released on the PlayStation 3 (in particular), PSP and Vita are still available, having been given ports or HD remasters to other platforms. Many other games will continue to be accessible as long as you have the discs or cartridges. But what of the games that aren’t so popular, or the games that came from developers that are no longer with us and therefore the rights and licenses now make it unlikely that they can be recovered?

There’s more to the arts than what is popular and what has commercial viability, and in 2021, relying on a second-hand community to distribute a dwindling supply of discs around (because, yes, discs to break down or get lost), might make for some cult classics and legendary titles, but it’s completely unacceptable as an archiving solution to preserve the arts.

Now, you might well say “well it costs too much to maintain servers!” Nonsense. Sony’s having a record year. It doesn’t need cost-cutting measures for servers that it’s going to keep running anyway (remember; you can continue to re-download games to these “legacy” consoles that you’ve already purchased). What’s more, if the Louvre can spend a small fortune preserving the Mona Lisa (they even had special lights developed for it so that it wouldn’t experience light damage), then Sony should be willing to wear some small costs for preserving an important part of modern culture and heritage that it was largely responsible for.

Sitting underneath all of this is a simple reality: Sony wants people off those old consoles and dutifully buying the shiny new PlayStation 5 like good consumers. By killing the download platforms for these old consoles Sony makes a huge move in all-but demanding that the “laggards” upgrade to at least the PlayStation 4.

I hope those people don’t.

I sincerely hope that the emulation community out there has been successful in preserving the Vita and PS3 libraries (I know personally that the PSP is already basically covered), and that Anbernic or any of the other Chinese emulation console manufacturers figure out ways to make consoles that play those games, and they figure that out soon.

And that brings me to what really annoys me here: Sony (and Nintendo, and Microsoft – while this article is in response to today’s news, make no mistake: they’re all the same) would have you believe that the likes of Anbernic are a problem, for encouraging and enabling emulation. In reality, Anbernic’s taking the preservation of millions upon millions of hours of work and creativity from artists from all around the world far more seriously than any of them.

So, tell me, which company is really the problem here? And which is giving us the chance to preserve the art we all claim to respect?