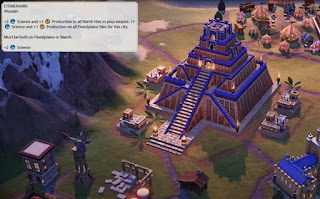 I am one of those people thoroughly exhausted by zombies in video games. I understand that they’re a convenient enemy type for developers, but there’s a point where “convenient” becomes “lazy” and, with all due respect to game developers, there is a lot of lazy ones out there. However, 2K Games and Firaxis are introducing a zombies mode in Civilization VI’s final DLC update, and this really does sound like fun.

From the press release: In Zombie Defence, the dead don’t stay dead for long and present an ever-growing threat to the world’s civilizations. Every unit slain in combat has a chance to rise from the battlefield as a ravenous Zombie, which will chase and attack the nearest non-Zombie; units that are successfully killed will respawn as Zombies themselves. New trap and barricade improvements deal damage to hostile units passing through or near them and can be built on owned or neutral territory. In addition, players can build two city projects that allow them to temporarily control the Zombies in their city limits, enabling them to either redirect Zombies to directly target enemy units or move them out of the city. The “Zombie Defence” spy operation is another option, which will attempt to spawn Zombies on worked tiles in another player’s city.

The idea of the warlike civilisations having to deal with hordes of zombies just showing up in the middle of their armies, while the more peaceful civilisations need to scramble to build yet more defences is certainly an appealing and darker, grittier tone for a civilization campaign, and while I’m not usually big on the alternate scenarios in Civ VI (there’s enough to play through with the base game), I’ll be giving this one a go for sure.


The DLC also includes the last civilisation to be added to the game. It’s not the Ainu, unfortunately. Firaxis turned back to Europe to give us the Portuguese (which, in fairness for their long role through world history, is a more than fair enough addition). In addition to the new civilisation and leader, this comes with two new World Wonders in the Torre de Belém and Etemenanki and a new Wetlands map script.

It’s a high to end Civilization VI on, though I’m secretly hoping for another season pass now.

The first person dungeon crawler turns 40; what makes this genre so enduring?