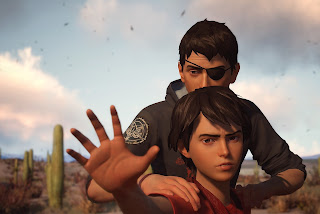 Everyone’s doing “Nintendo Directs” these days, after seeing how successful they have been for Nintendo. The latest company to announce an online show to make announcements and highlight big releases is Square Enix, with the first of a series of “Square Enix Presents” to premiere on March 18, at 10 a.m PT (do your own time conversions by regions).

This first show will run for 40 minutes, and will be headlined by the announcement of the next Life is Strange title (fair enough, given the quality of those). All we know right now is that the game will feature a new protagonist and a new power, with the rest to be shown of at the event.

The rest of the show highlights how western-focused Square Enix is right now, with announcements including:

– Outriders, the high-intensity RPG-shooter set in an original dark and desperate sci-fi universe, coming out on April 1
– Balan Wonderworld, which arrives on March 26 (and better be much better than in the demo)
– The ongoing celebration for the 25th anniversary of Tomb Raider
– Marvel’s Avengers, the story-driven, third-person action-adventure game from Crystal Dynamics
– Upcoming action shooter Just Cause Mobile
– New mobile game announcements from the award-winning Square Enix Montreal studio
– A look at a few of the whimsical games from Square Enix sister company Taito (something Bubble Bobble-related?)

Square Enix is a massive publisher and it makes sense to run these updates shows as a way of boosting PR. Hopefully, in the next one, they share information about some of their big Japanese games.