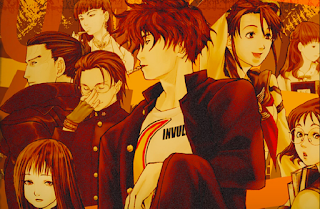 Developer, Toybox Games, and publisher, Arc System Works, have announced that Kowloon Highschool Chronicle will be released on the Nintendo eShop in the west on February 4. This is a dungeon crawler that you’ve probably not heard of before, but it really does look like it could be something special.

It’s a remake of a game that was released in Japan only back in 2004, and is a blend of classical dungeon crawler and social simulator. It’s the social side of things that seem to be both amusing and different. As the press release states: Express yourself in the story through feelings and actions. Why choose a canned response when you can give a character an angry glare, loving touch, or a bizarre lick? How everyone views you depends on how straight (or insane) you present yourself.

I do like giving my favourite characters a good lickin’.

There’s also some English gameplay video to whet your appetite. Given that this game is just weeks away now, it’s another feather in the over-crowded JRPG library for the start of the year. It’s both great and intimidatingly time-consuming.
– Matt S.
Editor-in-Chief
Find me on Twitter: @mattsainsb