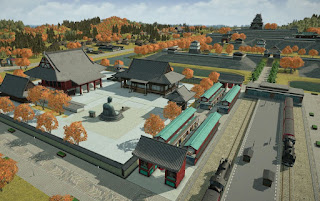 It might be a relatively minor bit of news, but we’re going to stick with this, because A-Train is the best simulation series that almost no one knows about, and this is going to be a great opportunity to learn why the series is so good.

A-Train All Aboard! Tourism (called A-Train Hajimaru Kankou Keikaku) won’t get an official release in the west, but the Japanese version will have full English support (as well as Korean and Chinese – Simplified and Traditional). You’ll be able to effortlessly download it from the Japanese eShop and play it in English on your Switch.

For more information, the website can be found here. The game releases on March 12. To get a sense of what the series is is about, you can check out our review of the 3DS A-Train, which did get a release in the west (albeit a limited one).

Persona 5 Strikers: Why I love this game