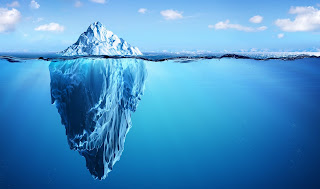 This is an out-and-out thought bubble that I’ve had musing around in my head for a while. It’s not a substantiated piece, but merely observational, based on how I see us talk about – and categorise – games in comparison to other art forms. The more I think on it the more I also think that it’s holding games back from developing as art forms and, instead, delivering endless iterations on low-value entertainment content. Yes, it’s more talk about genre.

The way we categorise every other art form has to do, in its entirety, on aesthetics and theme. In literature, for example, books are typically classified according to their theme; they might be “horror”, “fantasy,” “crime fiction,” or perhaps “historical fiction.” There are a couple of what I’d call structural genres (“Youth Fiction,” “Children’s Books,”), but generally, under those umbrellas, we quickly return to defining the books by their thematic genre: a book might be seen as youth fiction, but it’s also fantasy, and so on.

It’s the same situation in cinema. With the exception of the structural genres like blockbuster or independent film, which are generally only used to contextualise the film against its commercial potential, we talk about film by thematic genre too – there’s superhero films, erotic thrillers, romance and comedy. The same goes for the visual arts – surrealists and impressionists worked within those fields for thematic reasons rather than structural – and even music, where genres are structural (Doom Metal is Doom Metal rather than Rap because of the way the music is structured), the structure and theme are inherently intertwined – Rap’s themes come from the way Rap is structured and how it’s performed, for example.

It’s only really in video games where the structure and themes are generally independent of one another (the JRPG is a structural genre, and it can be science fiction, satire, fantasy, horror or erotic), and that when we talk about video games, we refer to the structural genre rather than the thematic one (no one refers to Dragon Quest as “high fantasy”. They call it a “JRPG”). I think that this actually matters, as it suggests where the priority of video games, from the developer through to the critic and consumer, rests. To put that bluntly – we’re more interested in how we play a game than what it’s telling us.

This affects how games are made, as developers constantly need to make the theme fit the genre, rather than the other way around. If you’re making a JRPG, then you need to make sure that your game has all those elements that players expect from a JRPG, and while it’s possible to subvert those expectations (as titles such as Moon have in the past) the discussion around your game is still going to be about the structural genre that it’s subverting. It’s really, really hard to motivate the audience to discuss a game through a purely thematic framework where the structural genre has been transcended completely.

It also leads to all kinds of stupid decisions being made to make the game fit the structural genre. Roguelikes sell for indies, but how many indie games have taken what might have otherwise been a thematically-compelling game, and compromised it by limiting their capacity for storytelling, intricate level design and so on by randomising everything? How much more effective would free and compelling would Persona 5 have been if the developers focused on making a modern noirish homage to the gentleman thief genre (blended with high school drama), rather than a JRPG that needs to be X hours long, have Y dungeons and all the other arbitrary elements that ended up weighing down Persona 5?

None of this is to suggest that structure isn’t important to games. It is the foundation and basis of the work, and it’s as important to get it right as it is to have grammatically-correct English in literature, or a competent cinematographer to shoot a film. Without the sound foundation, the themes may as well not exist, any more than there’s any point to building a roof without bothering with the walls. However, by defining games by structural genre, we encourage the ongoing growth of the industry down that way. Developers are getting better and better at creating compelling FPS or JRPG gameplay. What we’re not seeing a great deal of thinking around how themes are tackled in these games (some the fleetingly rare obvious exceptions aside). In many cases, the narrative (and though that the bulk of the themes) is implemented as an afterthought once the rest of the game has already been finalised.

There’s a useful analogy that we use to help people understand where the power and importance of literature lies: it’s called the iceberg theory. The above-water stuff, the 10 per cent, represents the narrative and story. The 90 per cent underneath, which you can’t see but certainly need to think about, represents the themes – the deeper meaning and value in a book. It’s useful to think about games in the same way. The structural genre of the game accounts for the most visible part of the experience, but the 90 per cent under the water, where the games theme’s and messaging in, is what we should be actually paying attention to.

Perhaps it’s time that we stopped looking at games as a series of mechanics, and instead started to instead define games by what they’re telling us (and why it matters).