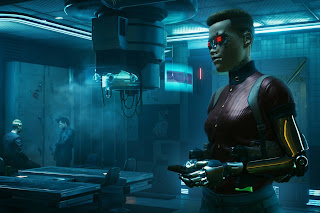 I’ve finally got my hands on Cyberpunk – as one of the critics playing it on console I needed to wait until close to launch to be able to sit down with it. I’m playing it now though, and I’m about a dozen hours in.

Since I likely won’t have a review up until the end of next week, I thought I’d do an impressions video, looking at the first section of the game and to share my first impressions. Aside from the bugs (which I’m sure will be patched, CD Projekt Red is good like that), there’s a sense that this is a really good game, and it plays really nicely… but I do have to wonder about its themes. Right now it feels like it’s a lengthy meaty game which isn’t saying a whole lot, and I’m not sold on it being cyberpunk in any way but aesthetics right now.

These are just first impressions and I’m certainly hoping that the 80 per cent or so I’ve still got to play turns me around. In the meantime, let me know your own Cyberpunk experiences! Interested to hear how you’re experiencing it and how it matches up with your vision of what the cyberpunk genre should be.