This year, for the DDNet awards, we have 16 different categories to recognise, and as we always do. Music is an often-overlooked quality in video games. Often the best soundtracks are the ones that you almost don’t notice, because they’re there to support the action, but if you then play the game without the sound on you do feel like something important is missing. At other times the soundtrack is a highlight all by itself. Either way, most of our favourite games just wouldn’t be the same without their soundtracks, and the three winners this year all have music that is simply unforgettable. 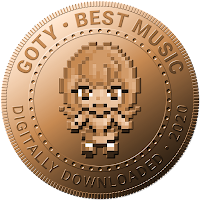 BRONZE: Paradise Killer
It’s got the chill tropical beats of paradise, combined with notes of 80s pop and anime, and then a dash of funk, Paradise Killer’s soundtrack, by Barry “Epoch” Topping, is just the slickest, most stylish thing you’re going to hear all year. It is very much the kind of music that you’ll throw on to chill out and relax under the hot summer sun, and while it’s a spectacular work all in itself, when paired with the unique visual stylings of Paradise Killer, this soundtrack takes on some incredible additional layers. 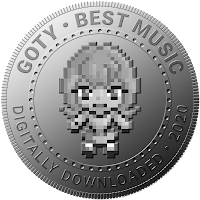 The thing about big strategy games is that the ambient music needs to be really, really good. Why? Because when you’re 50 hours into a campaign you’ve got to still be enjoying the music, and that’s a heavy burden for any soundtrack to bear. Koei Tecmo nailed it with Romance of the Three Kingdoms XIV, and that’s because it covers a wide gamut. Not only because it has excellent music to capture the intensity of battle, but those times where you’re at peace the game does a brilliant job of conveying the lighter and more elegant notes of ancient China. Close your eyes and you could almost imagine that you’re watching a classical Chinese ballet, and that’s a lot of range and nuance for an ambient score to so successfully capture. 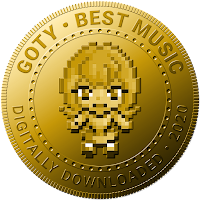 GOLD: Hatsune Miku: Project Diva Mega Mix (Read our review here)
I mean… of course? You are on the DDNet awards, after all. But, seriously, Hatsune Miku video games have been kicking around as a leading rhythm game property for many years now for a very good reason. It’s not just that they play well, but the music is excellent. The Miku games are driven from the broad community of producers that work with the software, meaning that over the 180-odd tracks that appear in this game, you’re getting everything from the most bubblegum pop to romantic ballads, disco-themes and a bit of rock thrown in for good measure. There’s a bit there for everyone, and as the most comprehensive portable Miku rhythm game of all time, this game is one of the genuine achievements on the console.