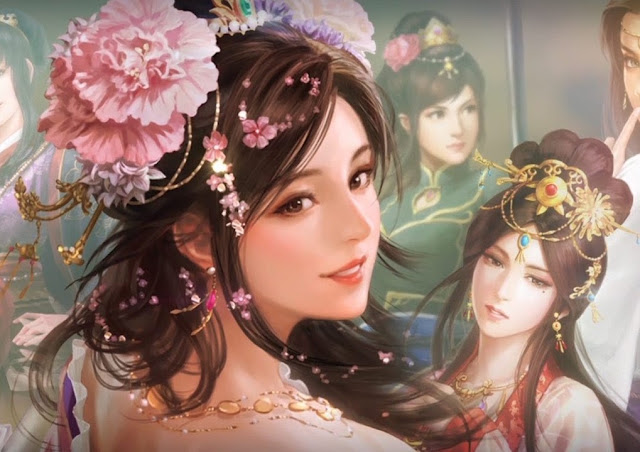 Related reading: For fans of Japanese history, there’s the excellent Nobunaga’s Ambition series. My review of the newest entry in that series here.

The most significant change from previous editions of the series and this one is immediately obvious: Romance of the Three Kingdoms XIV aims to be as accessible as this series has ever been. The menu system of previous titles often felt like you needed a textbook and degree in order to properly master. Here, in XIV, the action has been streamlined right down to a few clear menu options, with plenty of simple-language information presented through the UI. You’ll learn how to play XIV in about an hour, through its narrative-driven and accessible tutorials, and then you’ll be good to go.

However, mastering Romance of the Three Kingdoms takes a lot longer, and for many people, mastering it will be an immensely rewarding process, because it’s challenging in just the right way. Rarely are the numbers on your side in trying to conquer China. You’re always squeezed in-between powerful enemies, and the only way around that is to have better-trained units, better leaders, and a better strategy for expansion and subsequent defense of the realm. You might think that the best solution is to simply pick the side with the numbers advantage… but then you discover that they’re often considered the “harder” nations to win with for a reason. Navigating the rich spreadsheets of number crunching that determine the success of your military, domestic, and diplomatic efforts is most certainly a learning curve, and it genuinely feels great to master. I’ve always thought that the best strategy games are the ones that allow good strategy to overcome numbers disadvantages – that’s proper strategy, in my view – and no series does that better than Romance of the Three Kingdoms.


The various campaigns that are available to you allow you to pick a faction at any of the key points in the timeline of the book. In other words, you can try your hand at the early stages of the wars, where the Yellow Turban rebellion and Dong Zhong run rampant, through to the late era, as the Jin dynasty is established. There’s some vague storytelling in there, depicting critical events, but for the most part the intention is that almost as soon as you start playing, you’ll be altering the flow of history. Perhaps you’ll choose the Yellow Turbans, and somehow overcome the immensely weak leadership in the early stages of the insurrection to establish a firm block of territory. Perhaps you’ll be able to overcome Lu Bu’s infamous lack of intellect (the guy really was that dense), and leverage his combat to put Cao Cao down in the early game. Or perhaps you’ll do what I like to and just conquer the entire south of China with the Wu clan, leaving Liu Bei nothing, and giving Sun Shangxiang everything. Anything for Lady Sun. I love her.

All of this plays out beautifully. The world map is split up into hexagons, like all good strategy games should be, and as you send units into those hexagons, they’ll “capture” the territory, adding it to your growing empire. Capture small towns, and that’ll add to your revenue and resources. Capture castles (you’ll face a tough fight for those), and entire regions will become yours. What I love about this is how fluid it is. Romance of the Three Kingdoms (the book), is somewhere (well) over 2,000 pages in length, and it’s hard to go more than a few pages without some kind of drama pushing borders this way or that. It was a period of unending warfare (at least, if you believe the book… there’s a lot was pure fantasy), and this game’s mapping system captures that in a beautifully poetic way. For it alone I’d argue that Romance of the Three Kingdoms XIV is perhaps the most authentic interpretation of the book’s tone and intent that we’ve seen from this series yet.

There are three critical areas of strategic management that you need to undertake: the military movements themselves, and then the domestic and diplomatic strategy. Both of these two non-military strategy elements are, again, easy to learn, but difficult to weaponise in your quest for conquest. Domestically you need to balance the development of commerce in a town, its farmland (to increase the amount of food supplies the region generates), and the barracks, which increases the size of the army that you can draw on. 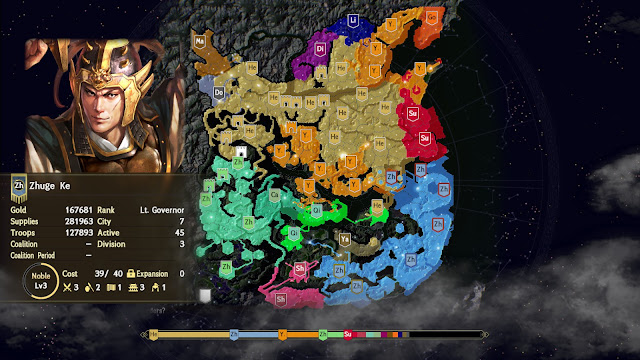 Diplomacy, meanwhile, involves engaging with nearby nations, building alliances, knowing when to break them (and you will need to break them), and knowing how to work with other warlords to deal with more powerful threats. It’s this side of things where there’s the best examples of emergent storytelling; I do love coming up with little stories in my head about why I’ve aligned with whoever, or decided to protect a weaker warlord on my flank. It would have been nice if there was more Romance of the Three Kingdoms (the book) in the game, as getting the maximum value from Romance of the Three Kingdoms XIV does largely rest on you having read the epic… but then what’s in the game should inspire you to read the book. In many ways, the two share a symbiotic relationship in modern culture – the game’s the reason that this book is the most well-known and read of the four great classical novels of Chinese history, and the novel helps you enjoy Koei’s take across both the strategy game series, and Dynasty Warriors. You’ll discover quickly (and appealingly), that they’re both more authentic in their abstract nature than most give them credit for.

The big question is whether this new entry is going to be enough, now that there is additional competition looking at this period of history in Total War: Three Kingdoms. Both games are fundamentally different in execution, of course, but for those who aren’t hardcore fans of the era and/or book, it’s likely that one of the two will be enough. Aesthetically Total War is certainly the (much) more detailed game, but in many ways Romance of the Three Kingdoms is prettier; there’s a wargame aesthetic to Romance, and it doesn’t have the same overwrought “look how Chinese we can be” art style that, at times, borders on exoticism. Romance also has the most gorgeous character art, which could be dropped directly into an illustrated edition of the book and no one would know it came from video games… or was anything but an expert historian artist’s interpretation of each of the major players.

Total War is the more exciting game, with real-time battles and, generally, a much faster pace. Romance of the Three Kingdoms’s tactical strategy doesn’t extend much past building battlefield traps and maneuvering units around one another to set up flanking or rear attacks. The strategic detail is intense – you can set formations, cut off supply lines and enact all kinds of leadership challenges, but you won’t be making any minute-to-minute tactical decisions. To make a simple comparison between the two, the differences are a little like comparing FIFA to the Football Manager series (though not as extreme) – one offers gratification, the other reward. 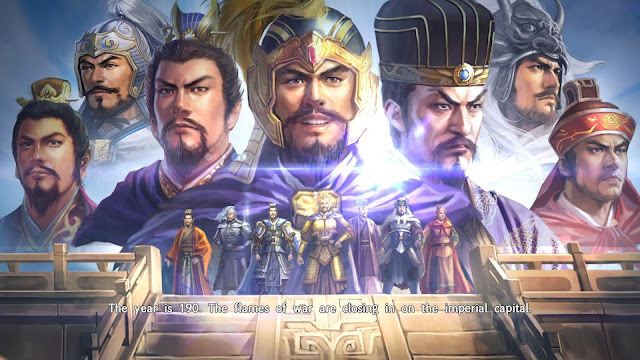 This “reward” that Romance of the Three Kingdoms offers is subtle and nuanced. This is a niche game and I would very much expect its sales to be much lower than what its rival achieved. It’s the better experience, though, from a particular perspective. If you love your historical strategy for the history that they depict, then Romance of the Three Kingdoms delivers. Everything about it is a perfect reflection on what that book was on about.

Developer Q & A: On Sludge Life and silliness