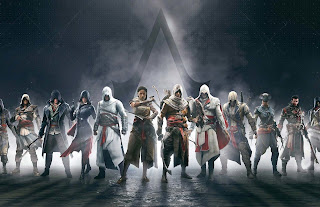 Assassin’s Creed Valhalla really impressed us, and it seems like we weren’t the only ones, as Ubisoft has reported record sales for the series with that game. Given how venerable the series is now, that’s quite the feat.

It naturally raises questions: what might be next for Assassin’s Creed? What era, location and setting might it be? There is so much history to play around with that the Ubisoft teams have nearly unlimited freedom, so it’s fun to muse about what might work for the next Assassin’s Creed.

In this video, I outline five settings that I think would work particularly well, but be sure to let me know your own!