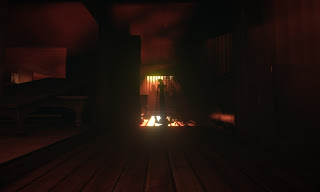 The horror game genre has changed over the years, and these days it’s very focused on jump scares and big action – the kind of thing that goes down well for streamers, basically. And then there’s Yuoni, an upcoming survival horror by Tricore. It looks like it might be a throwback to the time where the likes of Silent Hill, Clock Tower and Haunting Ground had a different approach to horror.

The game will release on PlayStation 5, Xbox Series S/X, PlayStation 4, Xbox One and PC. Sadly, no Nintendo Switch. On the newer generation of consoles it will also run at 60 fps with 4K resolution support. But enough of the technical elements. Let’s share what makes this game so interesting… its concept, themes and narrative. From the Steam page:

Yuoni is a first-person horror action game set in Japan in the year 1990. As Ai, a grade-schooler yet to realize how closed off she is, you are forced to play children’s games in a world of permanent dusk. There, Ai’s life hangs in the balance as you are attacked day after day by shadowy entities and eyeball monsters among other horrors. Eventually monsters start to bleed into the real world, where Ai discovers that she, too…


Intriguing concept, yes? It’s one of those horror games where you’re not going to be able to fight back, so you’ll need to find places to hide and plan out quick escape routes that will allow you to flee the monsters you encounter. Stealth will play a role too. Just make sure you control your breathing else…

This is actually the second in the series, after a “VR visual novel” called Yuoni: Rises released in 2019. That game didn’t get much attention, but then it’s a VR visual novel. This one will hopefully draw more people in. It will release in Spring (Autumn for those in the southern hemisphere) 2021.