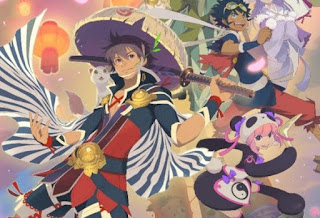 Spike Chunsoft has released a new trailer that shows off the game’s features, ahead of its release on December 2 (it’s also getting a release on PC via Steam). It’s not a completely straight port, either, with a couple of features implemented designed around streaming, including a music collection (allowing you to play your favourite tracks whenever you like), and a “Live” display, an optional UI that displays status, items, equipment, abilities and so on, and is designed to allow people to stream the game more conveniently and without needing to constantly drop into the menus as you would when playing normally.

For those that haven’t played a Shiren the Wanderer before, you’ve got a lot to look forward to. This series is the prototypical roguelike, which in 2020 comes across as delightfully traditional.

Hyrule Warriors: Age Of Calamity – Why I love this game

Review: Choices That Matter: And The Sun Went Out (Nintendo Switch)