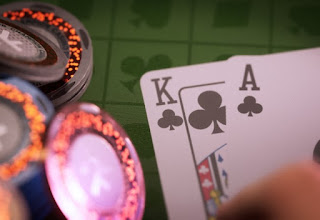 Poker Club, the Ripstone Games-published “big-budget” poker title, has a release date. It will land on November 19, across just about every platform – PlayStation 4 and 5, Xbox One, Xbox Series X/S, and PC.

For some reason Nintendo Switch players will need to wait until 2021 for their release. Boo. Back to poker in Clubhouse Games, I guess.

I don’t know why these things matter too much to the game of poker, but Poker Club will run at 60fps and with 4K visuals and advanced rendering techniques such as ray-tracing across the next generation of consoles. The rest of us can console ourselves that we’ll get to play Poker. Tournaments can feature over 200 participants, and players can join clubs complete with leaderboards and faily chip bonuses. If you’re playing on PC, Xbox and Nintendo Switch there’s also cross-play, so only PlayStation fans are left out there.

Anyhow, as you can see from the trailer, this is a game that really wants to emphasise the aesthetics and visual appeal of the game of poker, with gorgeously-rendered cards and meticulously detailed chips. It might not be the most action-packed game out there, but poker holds a special kind of intensity when you go all-in, so hopefully, the developers have achieved decent AI to practice against, and done something to deal with the plague of players going “all in” immediately when playing online, ruining the hand for everyone.

Sakuna: Of Rice and Ruin – Why I love this game