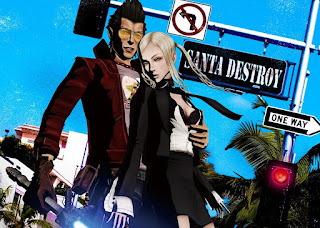 Overnight (for we Australians) Nintendo published their last Mini Direct for the year, and it was a celebration of everything that made the Switch great. Both the western and Japanese Directs are worth watching (there are some different games in each), so watch them both below.

The surprise release of both No More Heroes and No More Heroes 2 was certainly the highlight (though I’m still waiting for that re-release of Lollipop Chainsaw, Suda-san…). In addition, there was the confirmation that Tropico 6 was coming to Switch, a delightful new Story of Seasons game is coming early next year, and there is now a demo for the upcoming Hyrule Warriors to download and play now. Thanks to the cloud you’ll be able to play Control on your Switch, we have a firm release date for Bravely Default 2, and over in Japan Nintendo and Koei Tecmo are working on some game called Buddy Mission: Bond, which looks absolutely fascinating (though who knows the chances of a localisation for that one).

With all the excitement behind this new generation of consoles it is worth remembering that the Switch is there, and that the Switch is doing exceptionally well. Nintendo has some great partnerships to go with its own games, and not a week goes by when there aren’t very interesting things being released on that console to play.