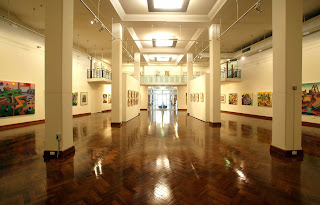 Video games are very good at drawing inspiration from outside of the industry. Popular authors, from J.R.R Tolkien to Tom Clancy, Andrzej Sapkowski through to Franz Kafka have all been tapped, and frequently, to inspire various video games. Popular film is a happy hunting ground of game ideas, with licensed adaptations of everything from John Wick to Star Wars, Mad Max through Friday the 13th giving fans of their respective blockbusters a way to interact with their material. Popular artists, from H.R. Giger to the entire surrealist movement have been the genesis of the aesthetic in many games, and, thanks to the likes of Fortnite, we’re even having pop music concerts within games now. Finally, of course, there’s anime and manga, which, from aesthetic through to storytelling, inspires a massive section of the Japanese games industry.

All of this is perfectly healthy and good for the games industry. The exchange of ideas is fundamental to the development of all art forms, and television, film, music, literature, and any other art form that you can think of owes many of its ideas to what the artists have experienced in other art forms. Many of them borrow from video games themselves these days.

One thing that I have noticed over the years, however, is how rarely video games seem to be inspired by anything outside of the most popular, populist of art. Video games that borrow ideas from ballet or opera to any substantive degree are rarer than hen’s teeth. I can count on one hand the number of games that I’ve encountered that engage with Shakespeare, and in each of those cases they have been tiny little indie projects (with all of one, Ryan North’s To Be Or Not To Be, legitimately worth experiencing). Games that pull their predominant inspiration from poetry are all but non-existent, theatrical games like Kentucky Route Zero or Pathologic 2 are precious because they are so rare, and, yes, popular fiction makes for popular games, but move into the literature section and see how many books have been spun into a game. I’m still waiting on Wuthering Height’s Heathcliff to be rendered, anime style, for a visual novel…

None of this is to say high art doesn’t at times play a role in inspiring game developers, but it’s really not that frequent, and in the 15+ years that I’ve been writing about games I have been waiting for it to happen, only to watch as the games industry progressively swerves in the other direction. There is no inherent reason why the high arts, fine arts, or whatever else you want to call them, should not inspire game developers. It would be a push to suggest that the popular blockbusters and this space are compatible – you’re not going to see Call of Duty suddenly adopt the opera aesthetic and thematic structure – but the indie game space is robust and large, and you’re also not really seeing it there, either. A search for “Shakespeare” on itch.io turns up precious few games (and a significant percentage of them are furry or dinosaur dating games which, with titles like “Emperor Penguin Lear” I’m actually kinda there for, though I doubt it’s anything but an entirely superficial treatment of Shakespeare). A search for “opera” turns up more games inspired by space opera than an adaptation of Tchaikovsky.

So, does this mean that high art is in some way incompatible with video games? Is a Swan Lake RPG done in Degas-style simply an impossibility? Is Edgar Allan Poe’s Annabel Lee just too little content to work with to turn into a game? I actually believe these questions matter, because there is a lot of learning that high art provides to an art form that helps it develop and explore new directions. The way that we think about, and talk about fine art paintings, the theatre, ballet, opera and poetry is fundamentally different to the discussions that we have about a Marvel blockbuster or chart-topping pop song, and bringing that different form of discourse to video games would help broaden the thought basis for the games industry, just as it has with cinema and popular music through the independent movements.

Note, however, that this is not to say that video games aren’t smart. There are many very intelligent games out there. The artistic depth of games is, however, relatively limited, and I’m to this day I’m not entirely sure why. Is it simply that there aren’t enough game artists out there with a love for opera that they can band together to make an operatic-themed game? Surely that’s not the case. Artists like art, and there are plenty of artists in games. Is it crunch, then, that stops game developers from nutting down and working on developing ideas from art forms that are rarely explored? There’s something to that, I think. When you’re working 100-hour weeks you don’t actually have much time to be creative or artistic, and above and beyond the psychological and health costs of crunch, the impact it has had on the artistry of game development is reason enough to end it as a practice.

Or perhaps it’s just… hard. As much as we all love video games and everything they bring us, there are some fundamental structural limitations about games that do very much narrow what can be done with them. With only a few alternatives on the periphery, games are built around some kind of violence, or if not that, then some kind of competitive conflict. There is that expectation of interactivity, and games have specific flows and rhythms which may not be compatible with certain forms of storytelling and thematic experiences.
I would like to see more developers try, though. I’d like to see the kinds of conversations that we could have in this industry with explicitly balletic or Shakespearean games. I’d like to see philosophers cited – not just name-dropped in the name of comedy, but explicitly referenced for the ideas that they encouraged us to think about. Most of all, rather than just worry about technical issues like frame rates, loading times, monetisation and live services, I would like to see more games that encourage us to think about games in a different way. Even if it takes a while to solidify the kind of discourse that that would involve.
– Matt S.