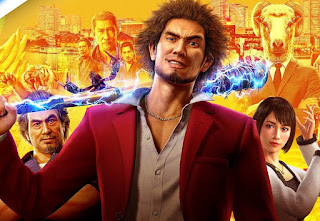 News by Matt S.
Looking forward to Yakuza: Like a Dragon? You should be. The brilliant blend of noirish drama and oddball humour, with turn-based combat, is a mix that is so potentially brilliant we could well see this game become our favourite in the entire series. We now have all the release details. It will launch on PlayStation 4, Xbox One, and PC via Steam and the Microsoft Store, as well as the Xbox Series X on November 10. The only version that will be a little layer is PlayStation 5, which will land on March 2 of next year.

Some of the gameplay details, courtesy of the announcement release:
Experience dynamic RPG combat like none other. Switch between 19 unique Jobs ranging from Bodyguard to Musician, using the battlefield as your weapon. Take up bats, umbrellas, bikes, signs, and everything else at your disposal to clean up the streets!

When you’re not busy bashing heads, relax by hitting up the local arcade for some classic Sega games, compete with locals in a no holds barred go-kart race around Yokohama, complete 50 unique substories, or just take in the scenery of a modern-day Japanese city. There’s always something new around the corner.


It’s just around the corner! Stay tuned for plenty more details on the game as we get closer to release.
– Matt S.