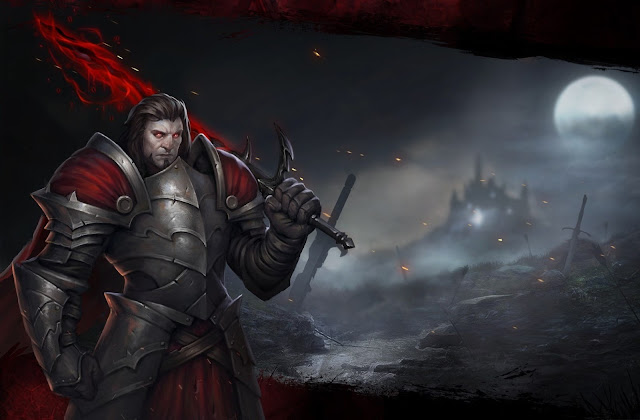 Let me tell you a story. A story about Ravenloft. Ravenloft was a big influence on me from a very early age (in retrospect, probably a little too early to be into gothic horror). It was a Dungeons & Dragons setting in which an otherworldy “continent” trapped in the deepest regions of the cosmos sucked the most evil nightmares in… and gave them nations on that continent to control. These nightmares were all based on a range of gothic stories and horror myths, including the usual Draculas, Jack the Rippers, and haunted houses, through to the more obscure bits of dark storytelling tradition, and the aesthetic, tone, and theme of this world of complete misery and hopelessness made the setting fascinating. Exploring the question of whether “goodness” could even exist in such a place made for some of the best pen-and-paper games that I’ve ever played.

Sadly, it has been years since anyone tried to do a Ravenloft game (and Dungeons & Dragons itself no longer maintains Ravenloft as a setting). Immortal Realms: Vampire Wars is a pretty close interpretation of the tone and aesthetic, though. It offers players a dreary, dark world in which vampires and other creatures of darkness march their armies around, capturing and… draining… the tiny hovels of humanity and bending the world to their might. Immortal Realms is Ravenloft by way of a turn-based Total War, and while it’s limited for what I might have hoped for, it’s also an excellent foundation for a future property.

In Immortal Realms you play as one of three clans of vampires, each with their own morbid tropes, units, and fighting style. In the game’s main mode, Sandbox (there’s a narrative campaign, but the narrative isn’t worth talking about) you start off with just a couple of territories across a wide map. You need to rapidly capture new territory, build new units, and accumulate power, because it won’t be long before you come into contact with the other clans, and this is no 4X strategy game. There’s no diplomacy nor any way to deal with your enemies beyond slaughtering them. 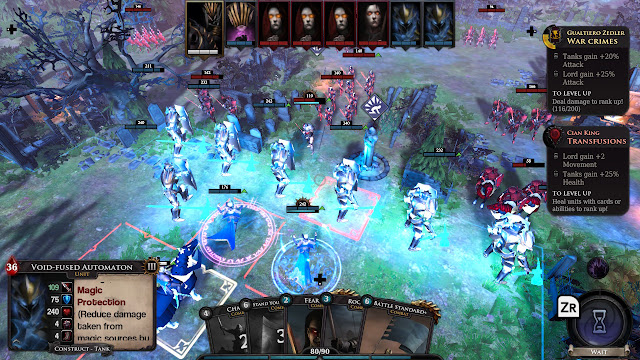 There are some clever elements of design in there. Your base castle only produces one small selection of units, and you’ll need to seek out other territories in order to build a diverse army of magic users, wolves, bats and things. Likewise, most of the other useful buildings across the world (blacksmiths for weapons, libraries for spells), are located in key strategic points, making them assets that you’ll want to protect with everything that you’ve got. There are only four different maps to play on, but they’re designed differently enough – and the game is enough of a challenge – that that still works out at plenty of play time, and with the morbid, grim atmosphere, Immortal Realms certainly sets a strong impression.

That strong impression flows through to the combat, where the Total War comparisons become apt. While Total War battles play out in real-time, Immortal Realms’ are a turn-based affair, but otherwise the experience is the same, in that you’ll skirmish your armies around until one side of the other is dead. There are just enough units and special abilities available to make this tactically interesting, and the developers have achieved a feat I consider critical to strategy games; it’s possible to offset a weaker army with superior tactics. It’s more than possible to be overwhelmed, of course, but if the difference between the forces is only mild, then the come-from-behind win is entirely possible, and will make you feel an undead take on Napoleon.

The first problem that Immortal Realms faces is that it’s very, very simple for something that insists on making you undertake fighting game combinations just to select menu items. Pay attention to the tutorial, folks, because it’ll save you from a lot of frustration down the track in figuring out how to undertake basic actions. The second problem is the relatively few factions. The story mode even includes a human faction… you just can’t control that army yourself. Why? I have no idea, but when you’re facing off against multiple armies from the same faction in each sandbox game it’s really hard to shake the impression that the developers didn’t intend for this game to offer a dozen (if not more) factions, only for the ambitious scope to be scaled right back, as development wore on. 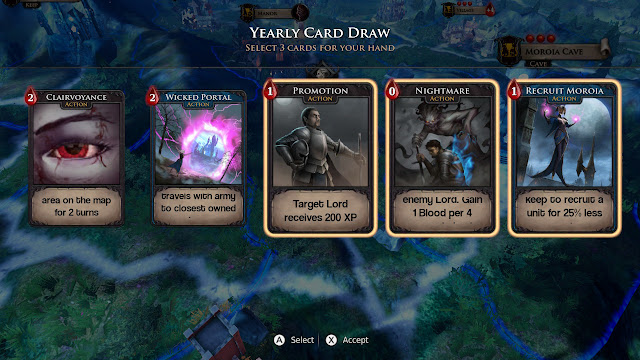 A final problem is that the AI is borked and incredibly arbitrary. This is especially noticeable earlier in the game. In one case upon set-up I was placed just a few territories away from an enemy stronghold, from exactly the same faction as mine. I beelined over there as quickly as I could, thinking to land an early victory only to crash into an enemy army that was impossibly big for just a couple of turns into the game. I honestly could not figure out how the AI was able to recruit that so quickly. When that happens then there’s nothing to do but restart the game. If you survive that early part of Immortal Realms the arbitrary nature of enemy forces is less pressing, and there’s some good tactical variety in there – for example, casting a spell that stops your opponent from moving from a turn before capturing their only city and castle and therefore crippling them before they can take another turn.

For all these issues it’s hard to deny the appeal of the setting. Perhaps it is simply because I studied gothic literature for a particularly memorable course at university, but the aesthetics and themes of the gothic have always been fascinating to me. At its best, gothic is dark and violent, but also sensual and – typically – erotic. There’s a romanticism at the heart of the gothic in the way it plays the supernatural against the natural, the nihilism of how the genre generally embraces mortality and finality of things rather than ascribe the meaning of life to the higher powers. Gothic literature was the transgressive art of its era, often wildly controversial and derided (hense why the likes of Mary Shelly and Emily Bronte also made it a highly feminist literary genre), but for fans it was something relentless, intense, intelligent and beautiful. Gothic horror isn’t about jump scares and ugly monsters. In fact, it’s usually about beautiful people, ugly souls, and a thrilling, ravishing embrace of violence.

The gothic genre is dead now. Putting aside the rare effort of an author to pay homage to it, the fears that the gothic canvassed are no longer society’s fears, making the genre irrelevant to our culture and society, and horror artists have largely moved on in kind. Because of that, it’s surprisingly rare that a developer really understands the power of the gothic genre. Immortal Realms is pulpy in tone, but it comes close to delivering that authentic, rich gothic experience that the Ravenloft adventures of early-era Dungeons & Dragons used to ignite my imagination over. Indeed, the biggest issue of all that I’ve got with Immortal Realms is that it gets the aesthetics so right and then just… stops. The crimson colours, miserable villages, and screams and moans from the battlefields are all spot-on. The lack of meaningful context to the action is a missed opportunity. If you’re going to go limited with factions and options, you need to make each of those factions worth a half dozen in any other strategy game, and Immortal Realms doesn’t quite get there. 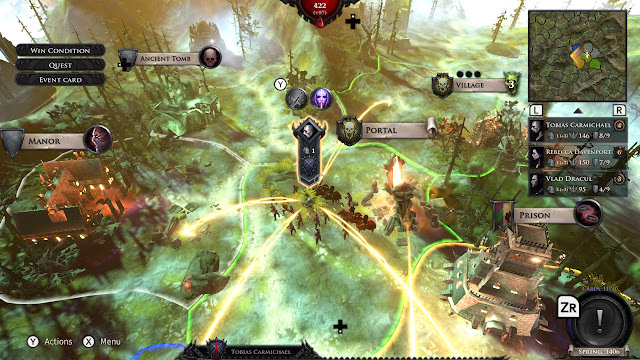 For fans of the old Heroes of Might & Magic titles or Total War, Immortal Realms: Vampire Wars does a lot that is highly laudable; it offers a great concept, nails the aesthetics, and offers quality tactical and strategic action. In this way, it checks all the requirements of a good strategy game. The problem is that it’s hard to see it as anything more than a foundation or a statement of intent. If this one is successful enough you’ll see an Immortal Realms 2 that fully delivers on the concept, I suspect. For now, however, as much as you’ll enjoy what this gothic nightmare strategy promises, it’s going to be a real struggle to see it as more than a promise of what might come in the future.