The Last Campfire was one day out from being a surprise(-ish) drop!

Hello Games’ (No Man’s Sky) “short” titled The Last Campfire was originally announced earlier this year for several platforms; the Apple Arcade version was always set to launch on August 27 (in North American time zones) but no other dates had been floated around, leaving me to wonder if that date had changed, or if it would be on Apple Arcade First. But no! On August 26, the developer released a new trailer for the title, and let the beans slip on the confirmed launch.

The Last Campfire will be released tomorrow for Apple Arcade, PC (Steam/Epic), PlayStation 4, Nintendo Switch, and Xbox One. In addition to the team at Hello Games, it was also developed by some of the folks behind LostWinds.

The game is an adventure that had us all begging for more the instant it was announced. The music is beyond effective, but the story is equally intriguing. A lost ember is trapped in a puzzling place, and must search for meaning and a way home. You’ll travel beyond the dark forest, into a wilderness filled with lost souls, strange creatures, and mysterious ruins.

During a surprise overnight Nintendo Direct, Square Enix announced that Collection of SaGa: Final Fantasy Legend (or simply SaGa Collection in Japan) will launch worldwide for the Nintendo Switch on December 15. It includes three games, the first complete ports for the titles. Take a look:

Of course, what’s a retro-to-contemporary port without some amount of changes? There’s high-speed mode (ew, that’s like watching a movie on 2x speed), adjustable screen magnification, game screen background customisation. It is compatible with handheld mode, TV mode, and tabletop mode; it also works in vertical mode (like a retro Game Boy experience, Square Enix promises) once the Joy-Cons are removed from the console.

Play with your food on the PS5

There’s nothing I love more that titles that might make someone’s head tilt in confusion, but this title really is accurate! Nour: Play With Your Food will be coming to the PlayStation 5 in addition to its PC/Mac (via Steam) version. The interactive food game is developed by Terrifying Jellyfish and published by Panic. To celebrate the PlayStation 5 news, here’s a new trailer:

Nour: Play With Your Good is described as “an interactive exploration into the aesthetics of food and drink.” That sounds kind of stereotypically bourgeois, doesn’t it? The game seems to push past that, though, as it sheds traditional gameplay goals and lets the player do whatever they want, playing with food but never having to clean up after it. After a creation is complete, the player can enter photo mode to blog their heart out!

The game has arguably experimental controls: no button is left unused, as each has the ability to interact with the good, and combinations can be made. There are over 20 food vignettes, and accompanying music for each to suit the mood. The developer promises to take advantage of the DualSense controller’s new features for things like trigger tension for cutting with a knife, combined with haptic feedback.

A new Switch model may be close

What’s a Nintendo handheld without having several post-launch versions that change the console ever-so-slightly, either removing or adding features? Nearly everyone has been expecting a new version for some time now, an upgrade to the original instead of the downgrade to the Lite that was recently launched. These rumours come and go consistently, but this one made me sit up and pay attention. As such, you get a rare piece of writing on an unconfirmed rumour from me. 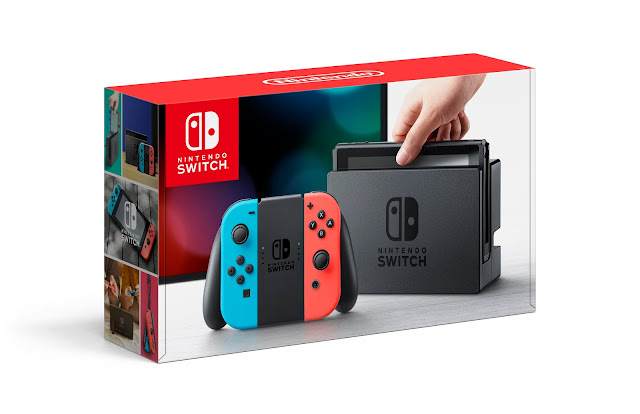 Bloomberg has reported that a newspaper in Taiwan announced new Nintendo Switch console plans on Monday, but Nintendo has declined any attempt by Bloomberg at a comment. The paper reported that Nintendo is set to reveal this new model, along with a lineup of new games, next year. The specs are apparently still up in the air, but more computing power and 4K graphics seem to be where some of the upgrades will go. It’s believed Nintendo has remained mostly quiet about next year’s game lineup specifically to go with the upgraded Switch announcement.

Let’s be real: as long as it fixes drifting Joy-Cons, any upgrade is worth the price… as long as we can transfer Animal Crossing: New Horizon data by launch!

Fan service: There’s more nuance to it than we think