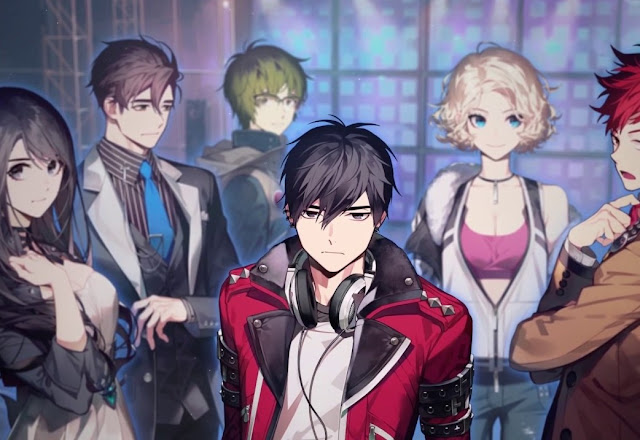 Dear game developers and publishers: if you’ve got a visual novel that needs localisation, you really need to consider the process of finding a quality localiser to be an essential step in the publishing process. Your game exists exclusively for that story, and if you can’t afford localisation from a proven, top-flight specialist, then just don’t bother localising it at all. I’m quite serious. I would rather not play something like Buried Stars, a game that is well-considered, relevant, interesting, and thematically deep, than play it and have the shonky translation ruin all of the above on me. I should have enjoyed Buried Stars for the same reason I enjoy Danganronpa and Virtue’s Last Reward. I didn’t enjoy Buried Stars because, thanks to that localisation, the characters are flat and the narrative is one extended, janky mess.

In fairness to Buried Stars, the localisation is better than unreadable (which is sadly common for visual novels). The localisation outfit did also get the grammar and spelling correct too (again, sadly a common red flag for the genre). What they got wrong is creating a too-literal translation of the text, resulting in something that is comprehensible, but far too flat and inauthentic. Characters are not believable as characters because they say things in syntax that might be natural when translated back into Korean, but no English speaker would say it that way. Good localisation is the process of taking a literal translation as the foundation and then editing it to best approximate the characterisation and themes being expressed. Buried Stars never gets past the foundation.

This is frustrating because in being legible enough to read, it’s also easy to see what this game is doing, and what it is doing is fascinating. Buried Stars is a thorough deconstruction of the socio-cultural attitudes towards celebrity and these “talent shows” that have become so central to our modern society. It does that by way of a Danganronpa-like death game, in which a small group of characters are trapped and need to struggle to survive. The set of the show collapsed and buried the group of contestants within it. They’re okay – at first – but rather than simply focus on the rescue, the producers decide to continue with the audience engagement and voting, and so each of the cast needs to continue to struggle to prove that they’re the most likable talent.


The whole game is designed to criticise the deeply creepy, voyeuristic and yet highly manufactured structure to these events, and if the weak localisation hadn’t meant that I was unable to invest in any of the characters, it would have been poignant. Where something like Danganronpa is a more philosophical mind-games kind of experience, working the angles of game theory and encouraging you to see the characters as pawns to the broader point (as lovable as they are), Buried Stars aims to be something more intimate and personal, aimed at stripping back facades and showing the player the pressure and impact that such voyeuristic “entertainment” has on a person’s psyche. You need to bond with the various cast members that you’re trapped with, but at the same time you’re meant to be in competition with them, and whoo boy do the “stans” let you know that. It’s dehumanising, and sadly it’s something that seems to be a bit of a cultural blind spot to us. Takami Koushun wasn’t able to drive this home with Battle Royale… in fact, people missed the point of that book/film by such a wide margin the recent Fall Guys party game got written up as a “Battle Royale” game. I don’t see Buried Stars being any more successful in actually waking us up to this nonsense, but I do admire and value the attempt.

For a visual novel, the gameplay bits are surprisingly complex in Buried Stars. You’ll frequently have to stop for a long period of time to interrogate the other people in the team for their opinions in order to gain “clues” which, at the end of the chapter you’ll need to arrange to form a chain of logic that explains what’s going on. While chatting with the characters you can inadvertently affect their moods towards you, dating-game style, or your character’s own “sanity meter”. Manage these attributes poorly and you’re headed to one of the many less-than-pleasant endings for your character. These sequences are made more difficult than they should be because the translation is, again, literal, meaning that it’s hard to understand the nuances of the characters and why they might respond to you in one way or another, but in general, as a simulation of the investigative process, Buried Stars does work.

You’ll also need to frequently refer to your watch, which has all kinds of neat applications on it to help you out and provide you with data with which to make decisions and push the narrative on. Again, thanks to that translation the process is more laborious than it would have been in its native language, but it’s still fun sifting through clues trying to piece together the broader mysteries at play. 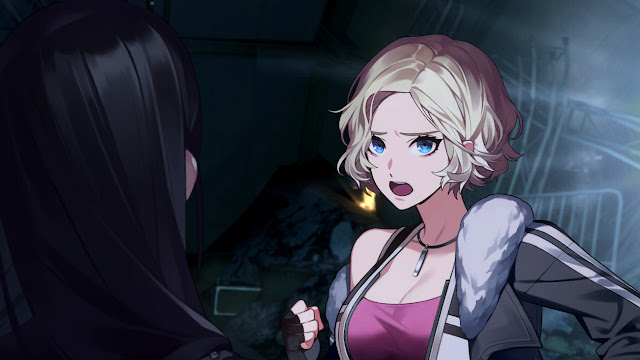 Aesthetically Buried Stars is very impressive, managing to balance out the creepiness of the situation, with the inherent “fan service” nature of the characters and their designs, as well as the gaudy saturation of the show’s own aesthetics. The sprites are gorgeously drawn and animated nicely, and coming from Korea there is a different aesthetic tone at play to most VNs which is refreshing for a genre where the overwhelming bulk of the experiences still come from Japan. It’s certainly a premium experience and it’s easy to understand why the game might be priced at that point (especially since it’s over 30 hours in length), but, again, the translation pops up as the problem in talking about value for money. There’s a real disconnect between what is a highly refined product in every other way, and yet the one thing that comes across as cheap is the one thing that was more important to it as a visual novel.

Buried Stars could have been a 5/5 game, easily. Unfortunately, the narrative thought behind the game really relied on me having a personal interest in the characters and their plight, and thanks to the inelegant and overly literal localisation, it became impossible to see them as anything but constructs and narrative tools. Buried Stars is still good enough to work as an academic thought exercise, but I do wish I understood Korean, so I could play the game the way it should be.