The next Miku game is only a month away!

Originally announced last year, Project Sekai: Colorful Stage! feat. Hatsune Miku is an upcoming free-to-play mobile title, developed by Craft Egg and Colorful Palette and published by Sega (the usual name behind our favourite vocaloid). Last week, it was revealed that the title would be coming to iOS and Android on September 30 in Japan. Pre-registrations are now open. 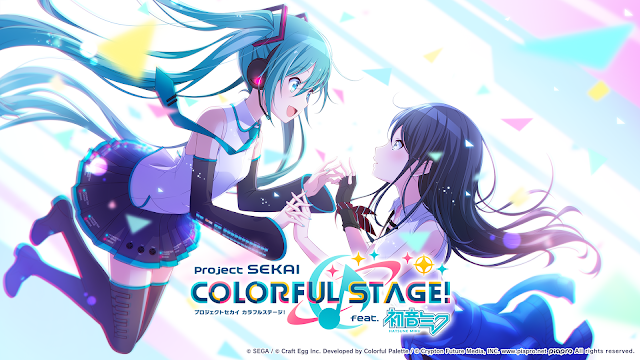 The rhythm game will feature an array of songs with 3D music videos. Some of those songs were announced: Roki (by Mikito-P), Tell Your World (by kz (livetune)), Happy Synthesizer (by EasyPop), Bring It On (by Reol and Giga), Sweet Magic (by Junky), and Jishou Mushoku (by Sasanomaly). For more information, check out this catch-up from last October.

The Suicide of Rachel Foster coming to consoles

The Suicide of Rachel Foster, a first-person narrative game (let’s be real, it’s a walking sim), was released for PC in February. It mainly received mixed reviews from critics, but players have rated it overall positive on Steam so it can’t be all bad. The game is now set to come to consoles, being released on August 26 for both PlayStation 4 and Xbox One. Here’s the latest trailer:

In the early 80s, Nicole and her mother left her father and the family business after learning of his affair with Rachel. Rachel, the same age as Nicole, eventually dies by suicide. (Important note: “committing” suicide implies a crime was committed, so death by suicide is preferred by advocates – the developer and publisher clearly don’t know this.) Ten years later, after both of her parents have died, Nicole returns to the hotel to fulfill her mother’s final wish: sell the hotel and make amends with Rachel’s family. She ends up trapped at the hotel during a storm, but isn’t entirely alone as a young FEMA agent will help her over one of the first radio telephones ever built.

As I stated earlier, the game is basically a walking sim. It will combine love and death with melancholy and nostalgia… not to mention horror and ghosts. The hotel is huge and rather detailed. The game features binaural audio for what is described as an immersive experience.

Martha Is Dead coming to console

Today’s news went from super happy (more Miku!) to super depressing (see above), and we’re going to stay with the super depressing a little bit longer. LKA, the developer behind The Town of Light (which I really enjoyed… well, as much as one can enjoy a psychological horror game – my review here) has announced that it will release Martha Is Dead on Xbox Series X at the same time the previously announced PC version is released next year. I’ve noted and am displeased that it’s only for a next-gen console, so I’d hope for a broader release later on, but the press release specifies “next-gen visuals” so I’m leaning more towards doubt on that front. Anyway, here is the “Lake” trailer:

Martha Is Dead follows a young woman seeking the truth of her twin sister’s death. It explores loss, relationships, and the psychological effects of a dark period in history (let’s be real, look around, the psychological effects of a dark time in history are in full effect right now). Marsha’s twin, of course, isn’t perfect, and carries her own secrets.

The title is set in 1944 Tuscany, during the Second World War. A woman’s body is found, drowned at the end of a lake. It’s clearly murder. Martha, as the title states, is dead. As her twin tries to uncover the truth behind the brutal killing, the horror of war inches closer.

Developed by 5 Lives Studios and published by Deep Silver, Windbound has you stranded on a desert island, just trying to get by. It is due out for PC via Steam/Epic, PlayStation 4, Nintendo Switch, Xbox One, and Google Stadia on August 28. That date is already quite close, but to tide us all over, here’s a new trailer!

Kara has been shipwrecked on the Forbidden Islands, an unfortunate situation at the best of times. She’ll have to navigate, explore, and adapt to the land and sea. She’ll even need to build a boat, needed to survive waves, winds, and sea monsters. Luckily, the island is rich in resources, but it will take a bit of time to collect what it required to craft tools and weapons. Kara can explore all the Forbidden Islands, each holding a piece of the mystery.

As for the pre-order bonuses, here’s the breakdown. Pre-order from Steam of Epic Games Store to receive bonus items at launch, bundled as Kara’s Ancestral Fear. For Nintendo Switch players who pre-order or purchase within two weeks of launch, you’ll get the same DLC, available until September 10; in Japan, Korea, and Hong Kong, these bonuses won’t be available until September 2. PlayStation and Stadia players don’t have the option to pre-order, but will also receive Kara’s Ancestral Gear for up to two weeks post-launch. So, what is this special gear? It includes ancestral attire, passed down through the generations; an ancestral oar, salt-treated, sturdy, and functional; finally, the ancestral knife, efficient and impossibly sharp but its acquisition remains a mystery.

Interview: On the making of SeaBed; the masterpiece about relationships