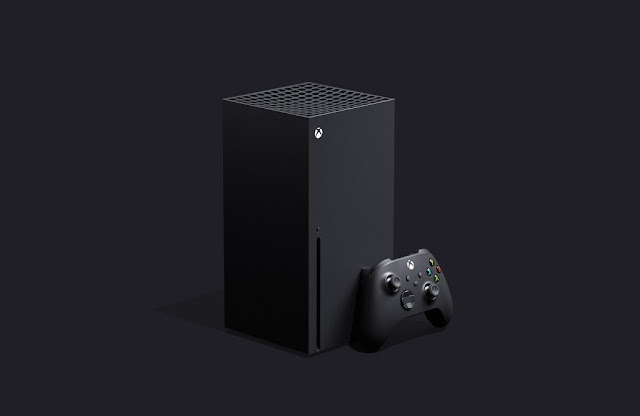 Microsoft had some pretty big news to share overnight (for we Aussies it’s always overnight): the release window for its “next generation” console, the Xbox Series X, has narrowed further. For some reason, we still don’t have an exact date, but it’ll be in November. This accompanies the less-hypeworthy news that one of the flagship games for the console, Halo something-or-other, is being delayed into 2021.

Microsoft is timing the Xbox Series X at about the same time that Sony will release its PlayStation 5 (“holiday 2020”, which means somewhere around November). Now obviously for both companies, it’s important to launch in the same window as one another from the perspective of competition, but at the risk of sounding horribly controversial by daring to suggest we don’t have new toys to play with as soon as possible, why the hell are both of these things not being delayed? Why are the good people at Microsoft not on the phone with the good people at Sony to agree that perhaps releasing a console in the depths of a pandemic is not the right time for it?
Here’s the brutal reality, folks: COVID-19 won’t be dealt with by November. It’s distressing to me to acknowledge this since the longer this thing goes on the longer it’ll be before I’m able to travel to Japan again, and I am aching to get back over there, but that is the reality we face. Beyond the lives being lost, COVID-19 is also messing with the global economy in a way that hasn’t been seen in a very long time. People are losing jobs at a terrifying rate. Those that haven’t lost their job are terrified of losing it in the near future. Basic concerns like making rent, eating food, and having some kind of backup in case things go belly-up is the concern for almost everyone right now. The appetite to go out there and spend big on a new toy is just not there, except for an extreme minority.
In that context, to launch a new console in this kind of environment comes across as downright cruel. It’s cruel because it’s in Sony and Microsoft’s best interests to foster a strong sense of FOMO with their new consoles (and they’re certainly working hard at doing just that). A marketing/PR blitz that doesn’t make you feel like you’re missing out if you’re not playing the shiny new console would be a complete failure from these companies, and under more normal circumstances, there’s nothing wrong with that. I’ve lined up on launch day for a new console and the big new launch titles to go with it. I let myself fall into the trap of not wanting to miss out. I’ve felt the excitement. It’s fun, and under normal circumstances, as consumerist as it is, it’s a way to celebrate a hobby that (obviously) means a lot to me.
But this is not “normal circumstances,” and in this current environment, a lot of people are going to miss out on something that a few months ago wouldn’t have had to. In this current environment, encouraging that FOMO will lead people to spend money that they probably should hold on to in order to protect themselves and their families, or potentially it’ll reinforce an anxiety in now not being able to afford things that previously gave that person pleasure. In either circumstance, actively encouraging people to feel this way is the height of irresponsibility on the part of Sony and Microsoft. And they’re doing so in service of what? Consoles that won’t break sales records at launch. Consoles that have had key titles delayed and therefore won’t have the impressive launch lineups that fans would ultimately have preferred they had. Consoles that are less about celebrating a new generation of gaming than it is a case of these companies imposing it on us.
I understand that the wheels of capitalism are a difficult force to stop once they’re in motion. I also understand that capitalism is an inhumane monster and neither Sony nor Microsoft actually care about the feelings of their customers. No doubt both companies will have factored “soft” sales into their expectations and are projecting for a strong roll into 2021 and beyond as the global economy starts to settle. I also understand that the entire industry is pivoting to work on these devices, and a delay in having them on the market will ripple throughout in a very disruptive way, and yet, I still can’t believe that Sony and Microsoft would rather their consoles launch to what will be a miserable response and market, rather than hold them back and launch in 2021 where, we all desperately hope, America has a new president, COVID-19 is under control and people are ready to start enjoying life again.
– Matt S.
Editor-in-Chief
Find me on Twitter: @mattsainsb

13 Sentinels: Aegis Rim is the most gorgeous looking game