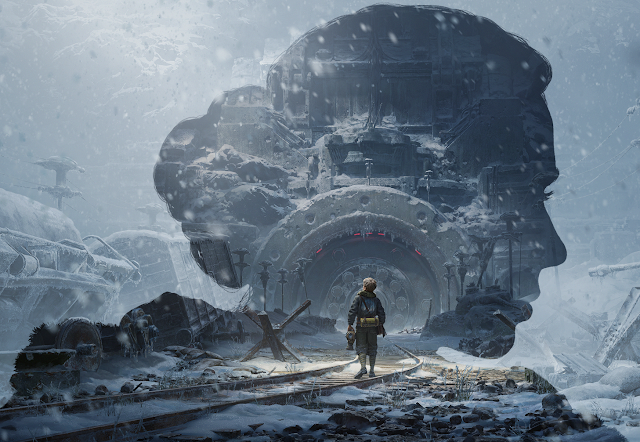 You know what they say in the creative industries: “you can only break with the rules once you’ve understood them?” I would suggest that perhaps developers should learn how to do WWII with proper respect and thought before doing “alternate WWII” games, but developer PolyAmorous is giving it a crack with Paradise Lost anyway.

Here’s the description, which is a kind of incredible into itself:


In an alternate version of WWII, the war persisted for 20 more years only to end in flames when the Nazis launched nuclear missiles at most of Europe. In the aftermath, the heart of Europe remains shrouded in a mystery of complete destruction and deadly radiation, inaccessible to the rest of the world.

You are a 12-year-old survivor, wandering the barren, nuclear wasteland of Poland, looking for hope, when you come across a massive, abandoned Nazi bunker.

Descend into the bunker and find advanced industrial technology intertwined with mysterious Slavic pagan imagery. Make decisions that will shape your future as you work to uncover the secrets of the past and discover what happened to the bunker’s inhabitants.

I don’t think this is going to straddle the middle – it’s going to be either absolutely incredible and allegorical, or it’s going to be something as terrible as the worst WW2 takes this side of Nazisploitation cinema. I’m rooting for the former.

Nexomon: Extinction – Why I love this game

September 2020 Podcast: The role of music and literature in video games