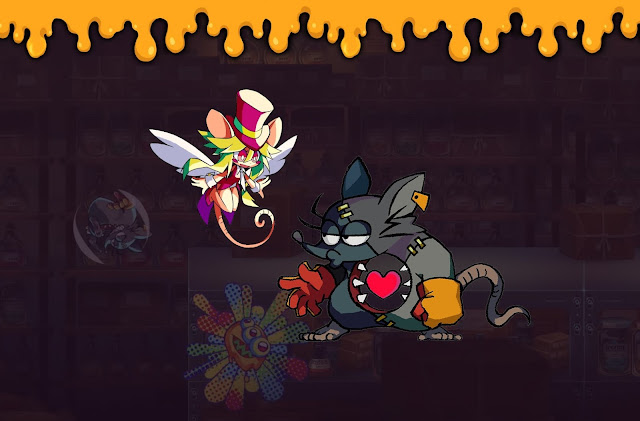 If you had played the Yomawari series then you probably were interested to see what the director, Mizokami Yu, would come up with next. They are two of the most distinctive, interesting horror games in the past decade, after all. You probably weren’t imaging a punk art rhythm platformer… but don’t worry, this game looks feverishly good.

You play as Mad Rat, a rodent who dies before fulfilling his dreams… only to get the opportunity to redo his last day on earth and achieve that ambition. What form does this take on? The ability to “pump Mad Rat’s heart in time with the music, lest his own time run out.”

I don’t think I can emphasise enough how much I’m looking forward to this thing. It’s vibrant, it’s creative, and most importantly it’s so, so different. Thankfully we won’t have to wait too long. The game releases on PlayStation 4 and Switch on October 30 in North America and Europe, and a few days later (November 6) in Oceania.