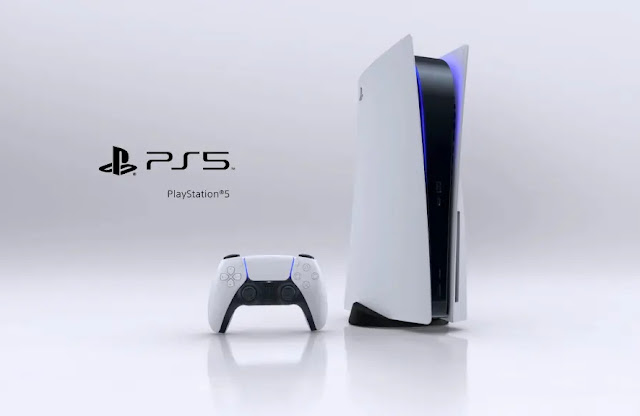 After very reasonably being delayed for a week, it’s time for PlayStation’s The Future of Gaming presentation. We don’t expect a full view of the PlayStation 5 design, but instead loads of game reveals. The presentation’s banner has a black DualSense controller in it, so it wouldn’t be unheard of for that to be properly announced.

I’ve expressed my concern over whether the presentation will take into account the Black Lives Matter movement, which is what fuelled the delay. Will the games still feature an excessive amount of white dudes shooting? Cops? The military? Who knows. But fingers crossed it’s reasonable.

So let’s get started!

No, that isn’t a typo. This really isn’t starting well. It’s a game that has already been around for two generations of consoles. At least the cops are your enemies? This is what Sony decided to start with?! I’m fuming. Expanded and Enhanced. Grand Theft Auto V is coming to PlayStation 5 in 2021. PS5 owners get GTA Online free at launch.

“A hero is someone who never gives up. Your dad said that. He was right. Now it’s your turn. Go be a hero Miles.” SPIDER-MAN! SPIDER-MAN! WITH MILES! This makes up for that GTAV crap just pulled on us. Spider-Man: Miles Morales will be available Holiday 2020.

There isn’t anything entirely unexpected about Gran Turismo, but if it ain’t broke, don’t fix it. A new console generation mostly means the game will look better than ever. Store your cars in your garage. Drive really really fast. Continue driving really fast. Slow down to go around a corner. Go super fast again.

This is charming from the get-go, then things go a bit interdimensionally haywire. When Rachel appears, I’m angry that I didn’t call it sooner. There seems to be a lot of time/dimension travelling happening. Built from the ground up for the PlayStation 5. Each environment is dense with detail. There’s a good chunk of gameplay featured at the end of the segment.

“In a world not her own, where resolve will be tested, truths will be questions, and devotions will be doubted, she will rise.” Project Athia, designed exclusively for PlayStation 5.

We begin on some form of creature, robot or human or hybrid I’m really not sure. The trailer’s narrative follows a sweet little orange cat through busy city streets and alleys. Oh it’s about the cat, not the robot things! I love that. Stray will be released in 2021.

We’re in space. An astronaut lives then dies. Lives then dies. And then, you guessed it, lives and dies. Death isn’t even as escape. Each time she awakes, the planet is different, and not in a good way. The world is become part of her, infecting her. Her only choice is to keep fighting until she breaks the cycle. Returnal is a PlayStation 5 exclusive.

That’s a furry tiger if I’ve ever seen one. Turns out, it’s Sackboy: A Big Adventure! You know Sackboy, from Little Big Planet. The gameplay shows him running and jumping around a very adorable and brightly-coloured world, meeting new friends along the way.

It’s like a monster truck derby combined with racing combined with beating the snot out of each other. A large cast of characters seem to be available. Set at the London Thunderground. I’ll pass.

A story full of adventure of charm, with themes of personal growth and redemption. This is super adorable, with little round-face characters with big eyes following our protagonist. A warrior tries to help the troubled spirits, but her weakness is known to the evils of the world.

This trailer starts of fully animated, rather than seeming… I don’t know, game-like? It looks like a world of dinosaurs living like humans, with our protagonist standing on the edge with nothing to lose. She’s gonna be a rockstar! It’s the end of an era. Goodbye Volcano High will launch in 2021.

The fate of an entire people lays in the hands of our protagonist. The people are lizard-human hybrids (I sense a theme considering the last trailer?) and our hero seems to be playing through a platformer.

PlayStation 5 has finally allowed the developer to fully show off the charm of Tokyo, and the city views are quite stunning. They see things others can’t, hear threats others don’t, fight when others won’t. It’s up to you to save Tokyo from supernatural forces, using some pretty nifty skills to boot. Face the unknown in Ghostwire: Tokyo, coming next year.

A sepia-toned trailer begins. You’ll carve out a future for people, propelled by dreams but haunted by oblivion. It’s kind of strange, like pod racing plus Civilisation? Whatever it is, the font is impossible to read. JETT: The Far Shore coming holiday 2020.

There’s a lot of hack-and-slashing from the get-go. The game promises lots of weapons (yay?), godlike armour, and foes to vanquish. Godfall will be available holiday 2020.

From the creators of Hyper Light Drifters. “You’ve arrived. Afraid? You should be! The void is calling…” The artwork here is interesting, kind of polygonal but far more smooth, if that makes sense. Solar Ash will be released in 2021.

Oooh, a back and white montage, there’s not enough of those in the world. Oh no, not for this. It’s a new Hitman game, the conclusion to a trilogy. Agent 47 finds himself alone in the world. Hitman III will launch in January 2021. (And for reference, this is exactly the type of game I hoped would be pulled from this presentation. It’s a white guy going around shooting people illegally, for crying out loud.)

Weeeee! I don’t know what this is but it is vibrant and happy with upbeat music and adorable little voices. It’s called Astro’s Playroom, and comes pre-loaded on the PlayStation 5. What a treat!

I love all the non-realistic games being shown off, I thought it would be mostly realistic to show off the PlayStation 5’s power. Our hero appears to be working along, doing everything from riding penguins to shooting bear, from climbing cliffs to falling through ice. Spliced in, there’s an elderly gentleman at home, doing at home things.

Apparently I’m not ready for this, but I really bet that I am. NBA 2K 21 features shiny floors and sweaty dudes. Being released this (Northern) fall.

Oooh a strawberry. EEK it has eyes! And moves around like an adorable little strawberry snail. It’s a species unique to this islands walrus is telling me. The Island of Bugsnax! There’s an adorable little song to boot. I want this game, immediately, but it won’t launch until this holiday season.

A vast mountain landscape, shown in various seasons at various times of day. Ruins sit at the water’s edge. And a possibly dead human is being help upside down from a large thing flying above. They resemble sky eels, I suppose.

Rival assassins are locked in a time loop. It’s an FPS, which means I’m immediately disconnected, but let’s see if it goes anywhere past shooty-shooty in highly detailed environments … oh, of course it’s Bethesda. Yes, no thank you ma’am. It’s a never-ending party where hunting other people is the main event. Literally, the purpose of this game is to die repeatedly.

His story comes to a close. The forest is cold, empty. A little girl is determined to find the berries, and disappears amongst the trees. It’s supposedly just a local legend, but it seems like there may be more truth to it than there is fiction. It’s like Blair Witch in the winter with guns and far more characters. Oh, that makes sense, it’s an RE game. Resident Evil: Village will launch next year.

Random note, how is this thing still going? An hour is pretty much tops for my attention span, my mind is wandering back to binging Drag Race where there’s less shooting and more glitter.

A dude in a lot of military gear. A little girl with a holographic cat. There are weird glitches abound, and he rushes to her rescue. They end up on the moon. Pragmata is coming in 2022.

“The old ones perished a thousand years ago. Their great cities turned to graves. In their place, came new life. And new dangers too. I must find a way to stop it, or it will get worse and worse until it destroys us all. There’s nothing I won’t do to save this world.” Oh, I recognize her! Maybe if my brain wasn’t in Lala land I would have recognized this game immediately. Horizon: Forbidden West has no set release date.

I do see some diversity in the game developer montage at the end, which is appreciate.

Is this it? Is it the black DualSense controller? Is it the console? It’s the console. I can feel it. I wasn’t expecting it at the beginning, but very much appreciate it. Also, the reveal became clear when PlayStation took its sweet time getting to the point. PlayStation is quite the tease.

Look at that curvy body! White and black exterior with fancy blue lights. I’d still really prefer the console and controller in black, but maybe I’m just being overly picky. Oh, there will a digital edition available, with no disk drive! And loads of accessories, like a charging dock and HD camera.

20+ game reveals plus the console’s physical reveal, and we’re done. Thanks for joining us!

Review: The Last Of Us Part II (Sony PlayStation 4)