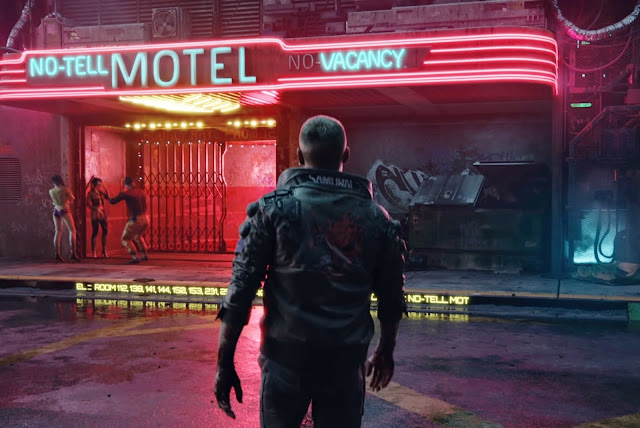 We’re a bit late with covering this, but we weren’t invited to a preview session for Cyberpunk 2077 late last week and as a result, by the time we’d noticed the news it was the end of the week. But there’s been a lot: firstly, media have now played the game. There’s also a new trailer for Cyberpunk 2077. And there’s more than that. There was also an announcement of Cyberpunk: Edgerunners – an anime by Studio Trigger, the studio behind hits like Kill la Kill and Little Witch Academia.

I’m going to be honest here; I’m still not sold on any of it. From my perspective Cyberpunk is not just an aesthetic that you just use so you can put robot arms on people and go heavy on the hacking mini-games. It’s in the second word there: “punk” – itself used far too often as little more than an aesthetic, but nonetheless important. Cyberpunk is a fundamentally narrative genre that is hugely critical of establishment and corporations, and it’s meant to depict a dehumanising oppressiveness, as those above push down on those below.

Looking at this trailer and every preview from the journalists that were at the session, Cyberpunk 2077 doesn’t seem that oppressive at all. For one thing, it’s being heavily touted as giving players “complete freedom,” which is entirely believable as a project coming from The Witcher 3 developers, but also entirely at odds with the tonal direction that cyberpunk should be pushing. Blade Runner was a story about anything but freedom, and my big concern right from the start, as we started seeing this game take shape, was that the blockbuster game design best practices would be at odds with the thematic and narrative key elements of the actual cyberpunk genre.


There’s also the reality that it all seems to boil down to a great empowerment fantasy. You get to shoot up rooms full of dudes. You get to play around in sex entertainment establishments because as well all know, Cyberpunk 2077 is adult and dystopian, and what better way to highlight just how bad and ugly the world is than throw in a neon-bathed brothel or two? Also, you can customise your character right down to their pubic hair… and, just as a slight digression here, but that level of customisation was both hilarious and totally awesome to the media. Now imagine if an anime game did that. We all know what would happen if you could customise Hatsune Miku’s pubes. That, right there, is the kind of double standards that cyberpunk would be rhetorically opposed to.

Brought together, though, none of this stuff is screaming “cyberpunk” to me. None of the previews really gave me a sense of that. It was all a rather breathless celebration of how big and blockbustery the game will be… and, again, I question whether that is actually cyberpunk on that basis alone. Now with all that being said of course the journalists only got a couple of hours with the game, and the nature of previews being what they are you’re not really going to walk away with a sense of the narrative or the underlying themes of the game, so there is plenty of room for it to all turnaround and subvert itself. I’m totally open to that but, for now, I’m just not seeing it. I really liked The Witcher series, and I think CD Projekt Red is a very fine developer. I’m just not being convinced that this is the right game for them based on what we’re seeing.

Still, of course, I’m going to keep an eye on it, as should everyone else. This is going to be the big Christmas season game this year.