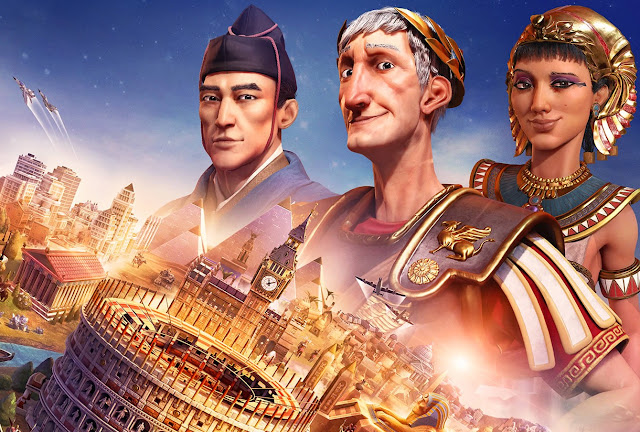 If you’ve been watching our streams than you’d know that I’m currently playing through a Civilization VI campaign. It’s an all-time favourite game of mine, and effectively endless, what with all the civilisations available and different ways to play.

Related reading: Our review of Civilization VI on PlayStation 4

And yet, we’re about to get a whole lot more. 2K Games has announced a “New Frontier Pass,” which will cost $US40 across PlayStation 4, Xbox One, Nintendo Switch, PC, Mac and Linux, and that season pass will offer regular updates through to March 2021. Six new updates, to be exact, each bringing new civilsations, new leaders, and new game modes to the experience.

First up will be an update on May 21, which will give players the Maya and Gran Colombia civilisations, as well as the “Apocalypse” game mode. That will be followed by Ethiopia in July 2020, which will also have a new “Secret Societies” game mode.

It’s amazing to think about how actively Civilization VI is still being supported, four years after its initial release. It is by far the biggest strategy game you could hope to find. 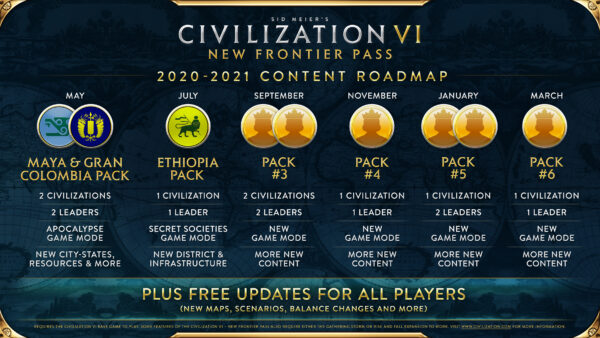