We love The Liar Princess and the Blind Prince, and it shows: Matt S. awarded the game 4.5 stars in his review, and Harvard revisited it last month in a Let’s Play. The game takes traditional fairy tales and turns them upside down, as the princess is no longer the damsel in distress. The theme combined with the aesthetics make it one special title. 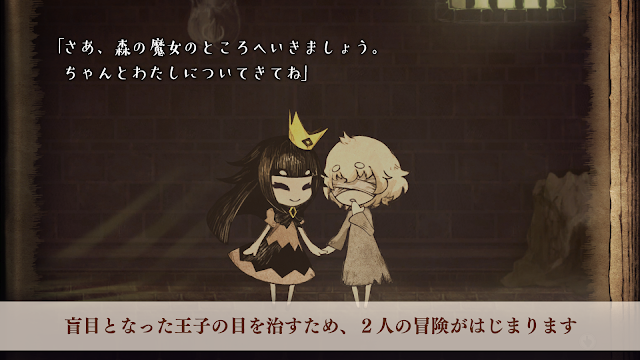 The Liar Princess and the Blind Prince originally launched in Japan for PlayStation 4, PS Vita, and Nintendo Switch in early 2018, with NIS America releasing the title in North America and Europe in early 2019 (minus a PS Vita version). Now, Nippon Ichi Software is bringing the title to Japanese mobile devices via the App Store and Google Play. It will launch on Mar 29 for 1,960 yen.

Deep in a forest, a solitary prince follows a beautiful song only to be startled by a wolf who blinds him. They will work together to restore the prince’s sight, but it won’t be an easy task. The wolf can transform between her animal form (she is a liar, after all), and the princess to help guide the prince. Some tasks will require one or the other to complete. Along the way, petals can be collected to help decipher the story.

Square Enix has announced that the Final Fantasy XIV Online Starter Edition will be available for free via the PlayStation Store for PlayStation 4 until May 26 (it typically costs $19.99 USD). The game typically involves a subscription fee, but this version will give you a 30-day trial with no additional payment required unless you want to continue. 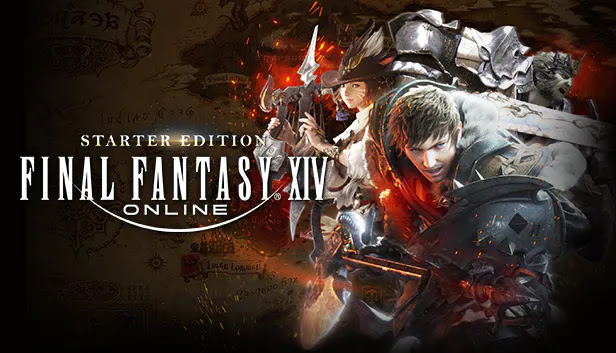 Final Fantasy XIV Online Starter Edition includes the base game for Final Fantasy XIV: A Realm Reborn and all content up to the 2.5 update, but does not include the expansions: Heavensward, Stormblood, and Shadowbringers.

Final Fantasy XIV is set in Eorzea, five years after Bahamut (if you’re familiar with the franchise, you know this dragon means serious business) escapes prison and initiates the Seventh Umbral Calamity. The event destroys much of the land. The player’s character escapes by time traveling five years into the future – enter A Realm Reborn. The country rebuilds, but there’s a new threat: the Garlean Empire plans on an invasion.

XSEED Games has announced that it will release Kandagawa Jet Girls this summer for PlayStation 4 in North America and PC via Steam worldwide. The PlayStation 4 version will be available physically and digitally, including a special Racing Hearts limited physical edition. It’s up to Marvelous to publish the game in Europe for the PlayStation 4; there has been no announcement yet, but it’s expected at any time now. Here’s a new video, the game’s opening cinematic:

Kandagawa Jet Girls is a jet racing game from the creators of Senran Kagura. It promises tight cornering and aerial stunts with rapid-fire shootouts. Race the streets of Tokyo versus some amazing Japanese athletes. The drivers, or Jetters, pair up with a Shooter who is equipped with water weapons to knock out the competition. It’s not just a race: players will have to wow spectators as well if they want to win. There are seven teams to choose from, with 64 single-player episodes as well as online multiplayer.

The developer clearly loves customisation, and Kandagawa Jet Girls has lots of options. You can choose your own look and alter your machine’s performance. The girls of Senran Kagura will also be making an appearance. Ryobi and Ryona will be included in the base game, with post-launch DLC adding Asuka and Yumi. Additional characters will be announced later, along with more information about the DLC.

I’ve been debating whether Clubhouse Games: 51 Worldwide Classics is a sequel or a remake… it’s kind of both? The first title released on the DS, and I can easily say it’s one of my most-played games for the console. The new version for the Nintendo Switch is set to launch worldwide on June 4. Nintendo has released a new Japanese TV commercial for the title, featuring mancala, gomoku, fishing, chess, backgammon, reversi, darts, and nine men’s morris. Here it is:

Clubhouse Games: 51 Worldwide Classics provides what the title promises: 51 tabletop games (including board games) from around the world. There are games known worldwide, such as chess, and games that have been around for centuries but may not be well-known to Westerners, such as mancala.

Some games reply on reflex, others on strategy, so there will always be something worth playing based on your whims. Reflexes are a must for slot cars and toy boxing, while strategy games include four-in-a-row (Connect Four) and renegade. You can play with friends locally, or using online multiplayer.